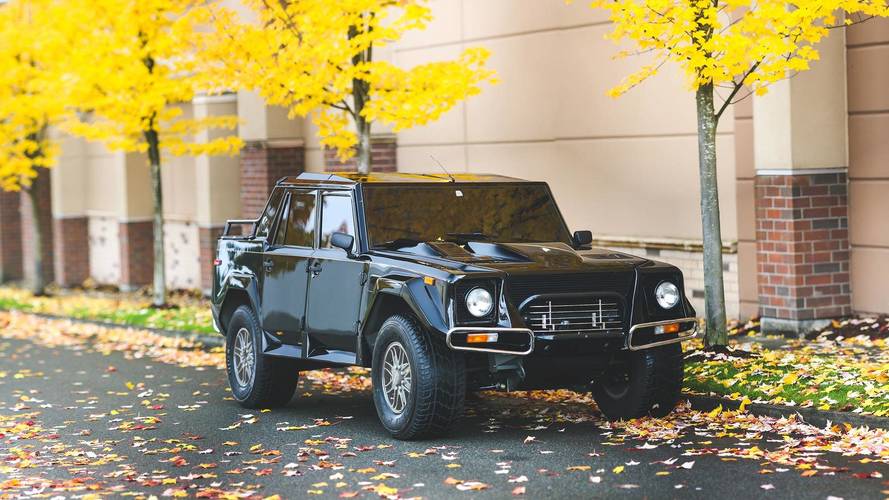 Within the estimate made by the auction house.

[UPDATE] Sold for $467,000 during the recent New York Icons auction. For the sake of comparison, its spiritual successor, the Urus, begins at $200,000 in the United States.

Lamborghini will unveil the new Urus SUV on December 4, and two days later RM Sotheby's will sell a pristine example of the Italian automaker's original off-roader, the LM002, at its New York Icons auction. The rare model will go for $400,000 to $500,000, according to the company, which will be roughly twice as much as the cost of an Urus.

In addition to this example's rarity, it has recently completed a five-year, $325,000 restoration. The work included sourcing new Pirelli Scorpion tires just like the original SUVs. It now has a more modern Alpine stereo with Bluetooth. The LM002 also comes with the original factory tool kit, plus the assorted books and manuals.

The LM002 started as an entry from Lamborghini to win the contract for a military vehicle. It wasn't successful, and the company eventually decided to adapt the SUV into being a consumer product. The vehicles featured the V12 from the Countach. For off-road capability, Lambo installed a four-wheel-drive system with three self-locking differentials. The result was one of the first high-performance luxury SUVs, which have become more commonplace today with entries like the Porsche Cayenne and Bentley Bentayga.

The Urus will mark Lamborghini's return to this segment. Like the LM002, it will blend luxury, off-road capability, and performance. Rather than a V12, the SUV will use a 4.0-liter biturbo V8 with around 650 horsepower (484 kilowatts), and there will be a plug-in hybrid version available later. Within a couple years, Lambo will sell 3,500 of them a year worldwide, according to the company's projections, which will quickly make the vehicle far more prolific than the LM002.