No practice means no GP debut for Chandhok 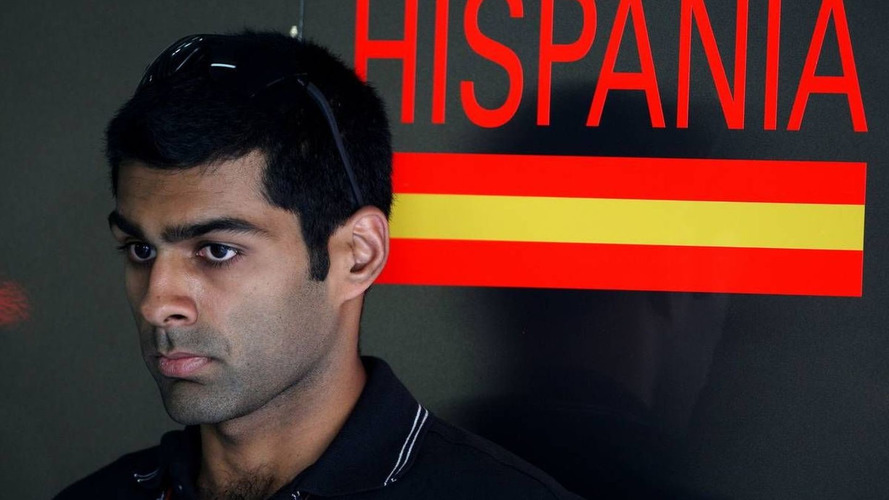 Karun Chandhok's debut weekend appears over, after the Indian rookie failed to get in any practice laps prior to qualifying for the Bahrain grand prix.

Karun Chandhok's debut weekend appears over, after the Indian rookie failed to get in any practice laps prior to qualifying for the Bahrain grand prix.

After sitting out all of Friday with technical problems, he was at least at the wheel of the stationary HRT car on Saturday morning.

But even though his mechanics had not returned to the hotel overnight, the Dallara-built single seater would not engage first gear.

FIA rules state that "no driver may start in the race without taking part in at least one practice session".

"We got in the car and everything seemed ok this morning but once again (there were) some problems with the hydraulic system," Chandhok told the BBC.

"It's driving us crazy at the moment," he added.

In the other car, teammate Bruno Senna improved his Friday laptimes during 11 practice laps, but the HRT is still several seconds slower than the next-slowest Lotus and Virgin cars.

It was also a miserable session for the new Virgin team, with FIA officials unhappy about Timo Glock's wheel falling off due to a loose nut, and Lucas di Grassi doing no laps with a gearbox problem.

Also struggling was Lewis Hamilton, whose McLaren was restricted to 8 laps due to a brake duct failure, while Jenson Button was outpaced by the Ferraris, Mercedes and Red Bulls.

Fernando Alonso impressed onlookers with a quick 1m54s in the Ferrari, in front of Nico Rosberg, who for the third consecutive practice session was faster than his teammate Michael Schumacher.