Heidfeld would rather watch than race at back 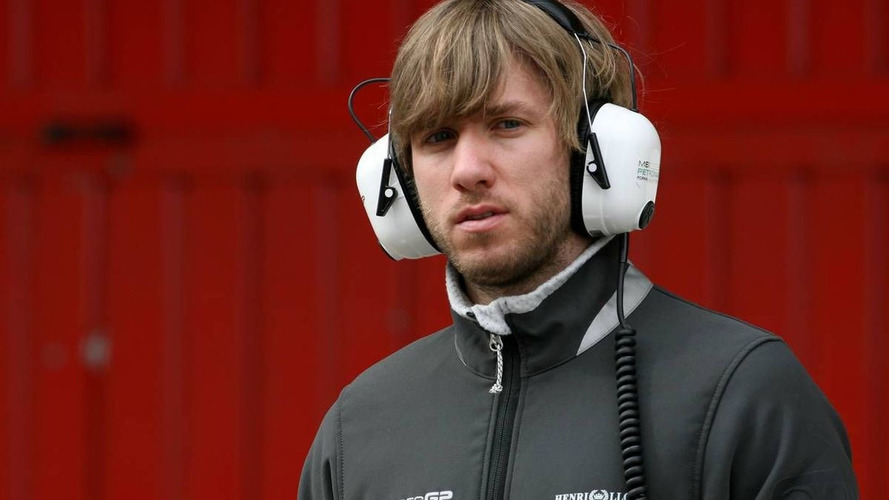 After gambling on securing a competitive race seat, the 32-year-old veteran - who arrived in Bahrain on Thursday - has ultimately had to settle for the reserve role at Mercedes GP.

Nick Heidfeld insists he has no regrets, despite having to sit out the 2010 season on the sidelines.

After gambling on securing a competitive race seat, the 32-year-old veteran - who arrived in Bahrain on Thursday - has ultimately had to settle for the reserve role at Mercedes GP.

And amid much criticism of F1's three uncompetitive new teams, Heidfeld is quoted as saying by the German-language Speedweek: "I stand by my decision to be here at Mercedes rather than standing still at the back."

Timo Glock, who has moved from the departed Toyota to Virgin, tried to quieten some of the criticism of the new teams including Lotus and HRT.

"I think some people have forgotten the difficult times until very recently in F1. We have only two (car) manufacturers still here.

"The other teams should be happy and grateful that we are making up the field," the German told Auto Motor und Sport.

Lotus' Heikki Kovalainen, at McLaren for the past two seasons, said the din about four second gaps and dangerous closing speeds is just noise.

"It doesn't matter whether it (the laptime gap) is one and a half or four seconds," he told Finland's Turun Sanomat.

"The drivers should be able to control their cars," added the Finn.

Kovalainen has topped one timesheet in Bahrain. In the FIA test on Thursday to prove a driver can get out of his car within 5 seconds, the 28-year-old leapt out of the green T127 and replaced the steering wheel in a record 3.4s.

Gallery: Heidfeld would rather watch than race at back