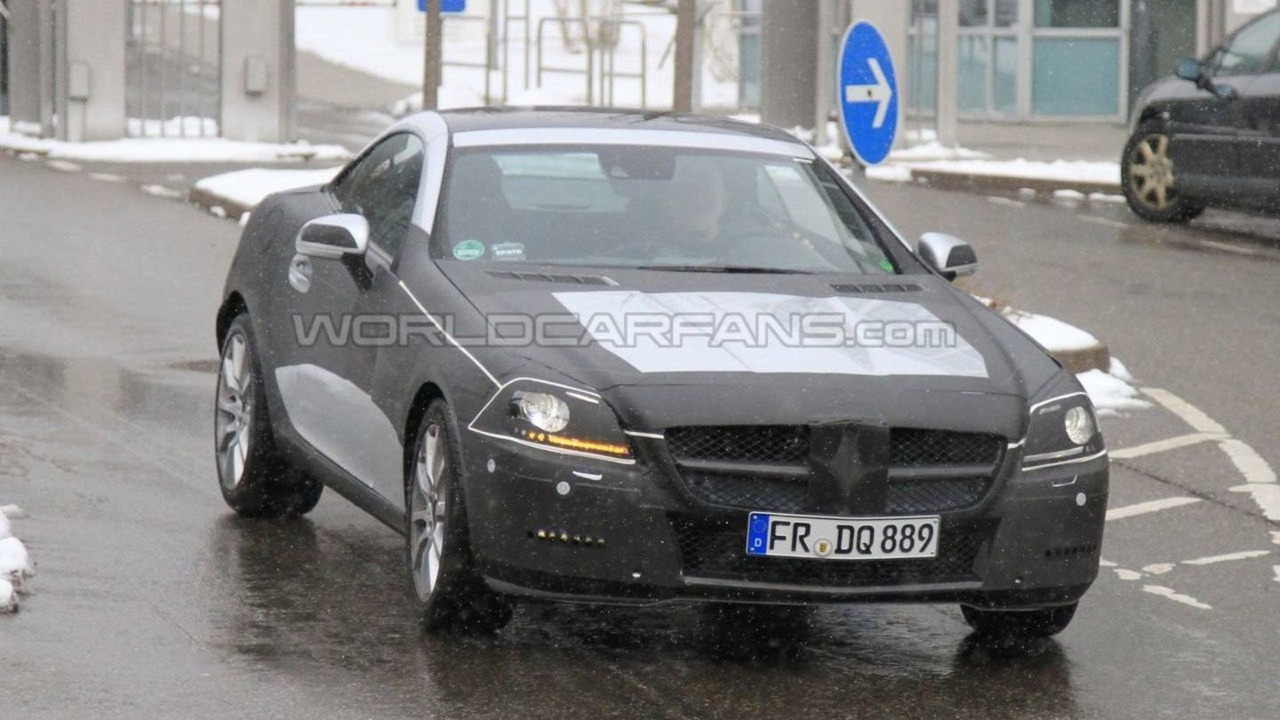 We have new, revealing photos of the next Mercedes-Benz SLK. The story inside.

New spy photos of the 2011 Mercedes-Benz SLK reveal more about the car than we have seen from pictures of previous prototypes wearing plastic panels (aka body armour).  The new images show a car that shares some styling with the Mercedes-Benz SLS AMG.

Amongst the commonalities are the SLK's nose, with comes to a rounded bulge at the front.  The grille seen here is very similar to the SLS, with a single horizontal bar interrupted by the placement for the company's iconic three-pointed star.  As photographed, the Mercedes-Benz SLK looks to have been painted in Metallic Palladium Silver, an optional color already available.  Against the current generation, the next roadster will have different side mirrors, with black tape covering up the point where indicators might exist.

Camouflage makes it difficult to see what the headlight shape will be, but it is safe to say that it will be more conventional than the extended round triangle shape of the current version.  The SLK's bumper is a bit large, including plenty of black mesh, and placement for LED daytime lights.

Hopefully, even more revealing photos of the 2011 Mercedes-Benz SLK will surface soon.