Vettel has no problem with blunt teammate Webber 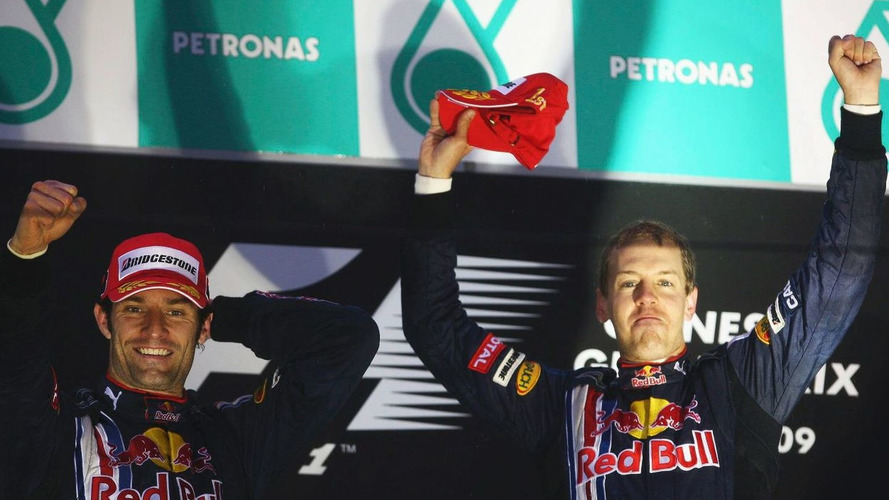 Sebastian Vettel insists he gets on well with his outspoken Red Bull teammate Mark Webber.

Sebastian Vettel insists he gets on well with his outspoken Red Bull teammate Mark Webber.

There were rumours of discord during last season when they shared the competitive RB5, and just a year earlier, following a collision, Australian Webber slammed Vettel for being one of F1's "kids" who "do a good job and then f--k it all up".

"Every now and again - whether it's a Lewis Hamilton or a Sebastian Vettel - they can come in and do a good job," he added.

22-year-old Vettel - who insists he has "never had a problem" with Webber since their Fuji crash - told the Guardian: "You know Mark, he is not afraid of saying what he thinks.

"Of course I want to beat him every time, and he wants to beat me, but we get along well," he added.

Gallery: Vettel has no problem with blunt teammate Webber