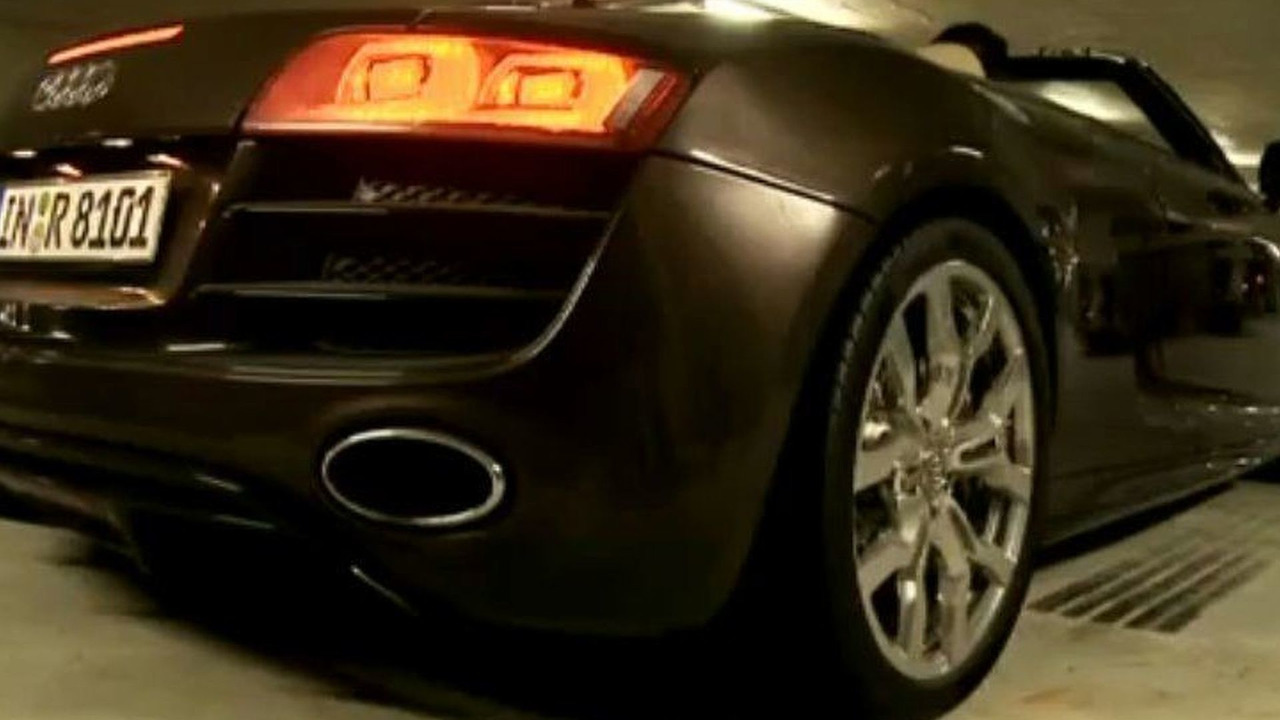 This Audi R8 V10 Spyder may be confined to an underground parking space but it still shows some teeth in the hands of DTM champ Mattias Ekström. Watch the clip.

Watch an Audi R8 V10 Spyder literally spit flames in the hands of DTM champion Mattias Ekström who has tested the coupe version a number of times before. He is given the keys to Audi's ultimate drop-top and told to go and have fun. An invitation like that is not one to be passed over by anyone, let alone a racing multi-champ.

First he drops the top for better sound effects, then tries out the 7-step Launch Control system said to hurl the 386kW (518 bhp / 525 PS) car from 0 - 100km/h in 4.1 seconds. After several turns in the empty underground parking lot, most of which involve some oversteering, he declares it to be a true sports car.

The R8 V10 Spyder has the same 5.2-litre engine used in the coupe and is only 6kg (13.2 lbs) heavier. The model driven here has the R Tronic transmission.