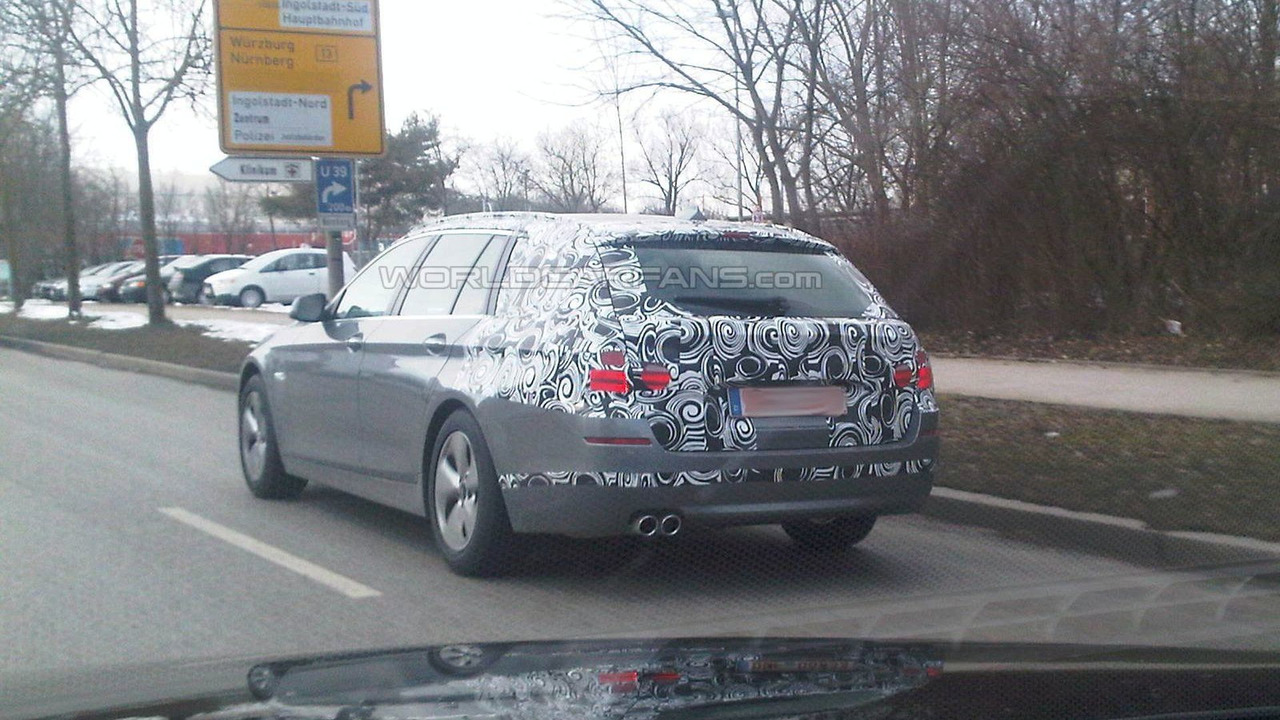 We have a new spy photos of the 2011 BMW 5-Series Touring wagon, spotted on the streets of Germany. The story inside.

Kudos to astute WCF reader Ewald who sent in these photos of the BMW-5 Series Touring prototype.  The car was being tested near Audi's home turf of Ingolstadt, Germany.

The spied wagon shows the same camouflaging as in previous photos.  This was done in attempt to cover up the redesigned roof and rear-end, including the new windows behind the C-pillar.  Engine choices for the Touring model could include a 302-hosepower (306 PS / 225 kW) turbocharged 3.0-liter straight-six engine, and a 4.4-liter twin-turbo V8 engine producing 402 hp (408 PS / 300 kW).

The all-new 2011 BMW 5-Series Touring is expected to debut in Leipzig at Auto Mobil International on April 10.