No Friday role for di Resta in Bahrain 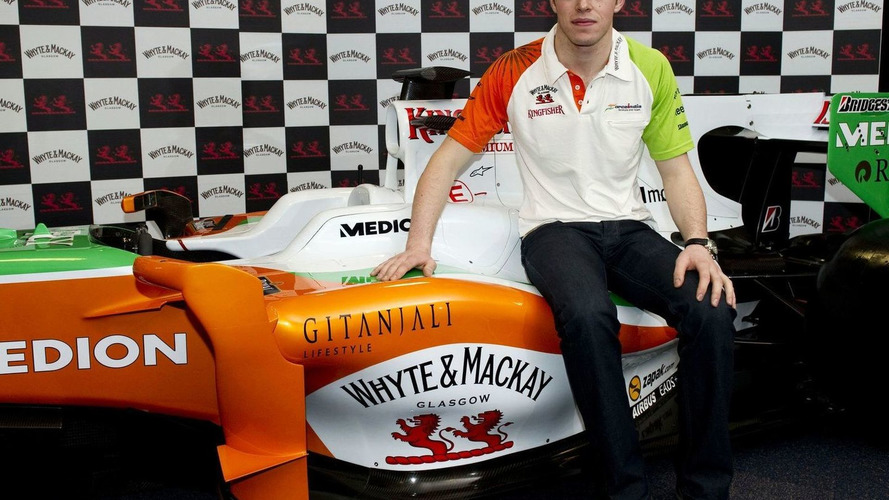 Paul di Resta will have to wait until free practice in Melbourne to kick off his season as Force India's Friday driver.

Paul di Resta will have to wait until free practice in Melbourne to kick off his season as Force India's Friday driver.

The Scottish rookie will take over one of the race driver's cockpits for the 90 minute Friday sessions at most grands prix this year.

But for Bahrain, the Silverstone based team has elected to keep Adrian Sutil and Tonio Liuzzi at the wheel of the two VJM03s, due to the change of layout for the 2010 season opener.

Force India confirmed that the pair "will need to learn the new track configuration" later this week.

"I think they have just made it much longer and slower and I'm not a big fan of this type of track as I love high speed corners and circuits," said Liuzzi.

Di Resta, 23, will still be trackside in Bahrain in his role as reserve driver.

"Although I'm not going to be driving during free practice, Bahrain is a great track, I've raced there before in F3, and I can't wait to get on the plane and head off for the first weekend," said the DTM driver.