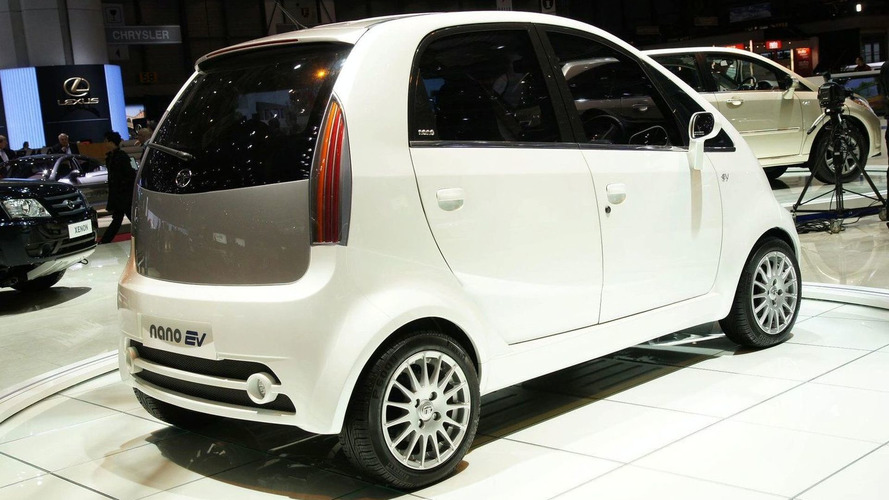 We have details about the Tata Nano Electric Vehicle, set to be released within two years. The story inside.

Tata expanded its foray into alternative fuels at the Geneva Motor Show.  The company showed off the Tata Nano Electric Vehicle as part of a long term plan that will include a 2012 market release of the EV.

The electric Nano runs on the same "super polymer lithium ion batteries" seen on the Tata Indica Vista EV.   Though no details were revealed about the motor, the car allegedly has a 0-60 km/h sprint time of less than ten seconds.  Battery capacity was also not disclosed, but the company did say that the car's estimated range is 160 kilometers.

Tata told reporters in Geneva that the Euro-spec Tata Nano will come to market in 2011.  Changes for the European customer base includes a body that is 20 centimeters longer, better suspension, and antilock brakes.  The electric model will be released in 2012.

"Electrification will be an integral part of our initiative to launch environment-friendly vehicles," said Tata Motors executive Ravi Kant.  "The Indica Vista EV will be introduced in select European countries, beginning this year.  We will progressively introduce electric vehicles in all relevant markets."

In addition to the Nano EV, Tata is also showing the Indica Vista and the Xenon Double Cab in Geneva.  All cars will be on display through the end of the motor show.