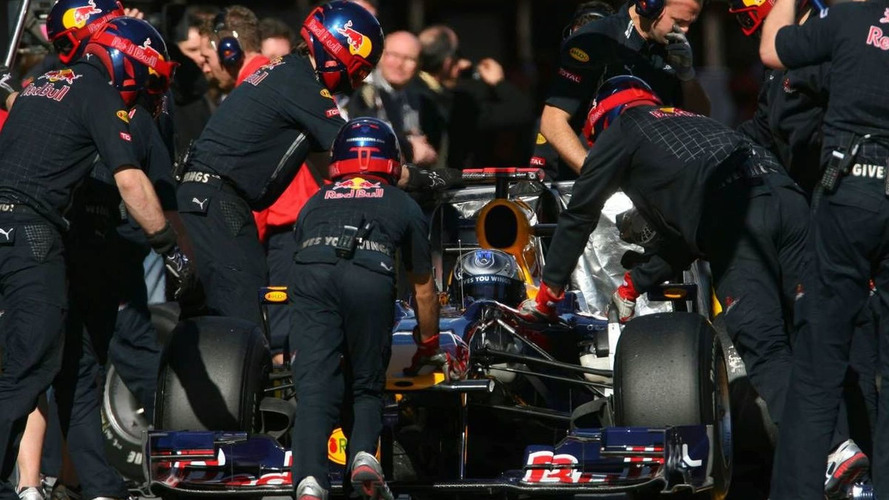 F1's new race for lightening-fast tyre-only pitstops has stepped up another notch.

F1's new race for lightening-fast tyre-only pitstops has stepped up another notch.

Observers marvelled earlier this winter when, after Williams admitted that sub-3 second stops would be commonplace in the wake of the refuelling ban, even quicker turnarounds were witnessed as teams practiced at the February tests.

Red Bull team boss Christian Horner has now told the Mirror newspaper that pitstops will in fact dip below 2 seconds in 2010, with the team's unofficial record currently standing at 1.8s.

"We have done sub-two second stops. They are absolutely lightning," he said of the Milton Keynes-based team's 18-man pit crew.

Horner said one of the measures adopted by Red Bull to speed up tyre stops was to put its pit crew through an intense training programme.

"The guys have trained like hell over the winter," he explained. "They have all lost weight and got fitter in the process. The guys have been training in the gym at 12 and 4pm every day since November.

"We've always been fast but now there's been a lot more of a scientific approach to the whole issue," added Horner.