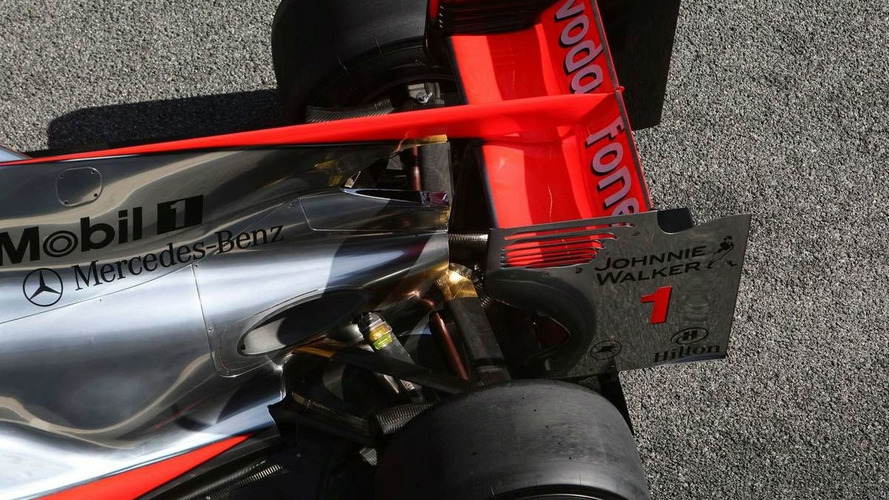 McLaren on Thursday played down reports the FIA is contemplating the legality of the rear wing on its 2010 car.

McLaren on Thursday played down reports the FIA is contemplating the legality of the rear wing on its 2010 car.

Reports in the Telegraph and the Daily Mail quoted Christian Horner as saying a slot in the wing is designed to cut drag and increase straight line speed.

"We've asked the FIA for clarification although I think Ferrari are probably more excited than we are to be honest," said the Briton.

In reaction, a McLaren spokesman said: "We're very confident our car is entirely legal -- and we're not aware of any protest."

He questioned Horner's claim that Ferrari are "more excited" about the issue than is Red Bull.

"In fact, we've spoken to Ferrari this morning, and they're not aware of any protest either," said the McLaren spokesman.

Subsequent reports said the FIA is not currently concerned about the MP4-25, but has accepted an invitation to study the rear wing in detail.