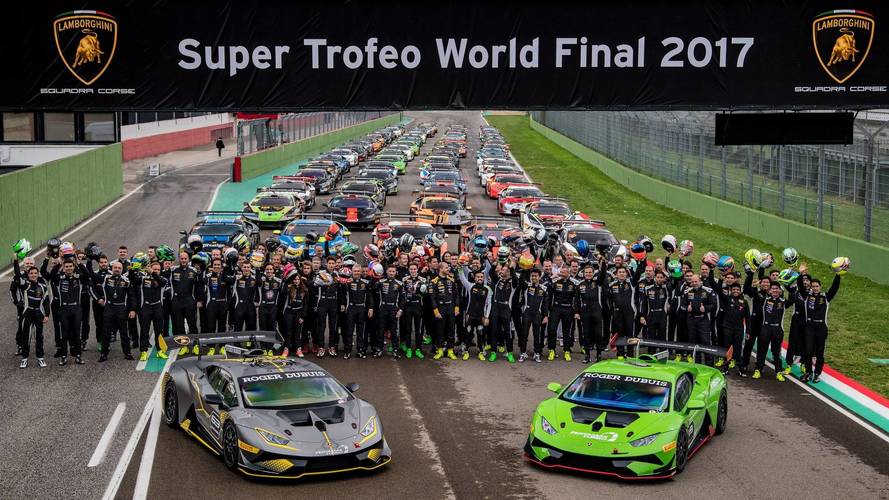 Event returns to Italy after Sepang, Sebring and Valencia in the past three years.

MIAMI, FL (Thursday, November 16, 2017) – The fastest growing motorsports website in the world, Miami-based technology and multimedia company Motorsport.com, has joined forces with Lamborghini for the 2017 Super Trofeo World Final at Imola, Italy from November 16 to 19.

The highlight event of the season returns to Italy after the inaugural edition was held at Vallelunga in 2013. Other events have been held at Sepang (Malaysia, 2014), Sebring (Florida, USA, 2015) and Valencia (Spain, 2016).

Motorsport.com becomes the ‘Official Media Partner’ and will provide full event coverage of the World Final on 21 of its active editions, in 15 native languages.

As part of the partnership, Motorsport.tv will live stream all events where the drivers of the three continental series of the Super Trofeo one-make series will fight for the title of Lamborghini World Champion in each of the four classes: Pro, Pro-Am, Am and Lamborghini Cup.

“The World Final is the pinnacle event of the Lamborghini Super Trofeo and will close a stunning racing season for us in terms of participation in our one-make series, and also the success gained in GT Customer Racing,” said Giorgio Sanna, Head of Motorsport of Automobili Lamborghini.

“We consider Motorsport.com the perfect partner to work with in order to bring to all our fans the emotions of the days in Imola. Motorsport.com is an authority for motorsport audience and we rely on their network to cover on a global scale such an incredible set of events.”

The swiftly growing Motorsport Network has experienced rapid expansion in the past two years to become the world’s largest independent automotive and motorsport-related digital platform, connecting hundreds of millions of people that love motorsport and cars.

“We are privileged that Lamborghini has chosen Motorsport.com as the official media partner for the 2017 World Final,” said Filippo Salza, President European Operations Motorsport.com.

"Our network is the perfect media partner to deliver all the news and live streaming of such great events for both Lamborghini and general motorsport fans.”