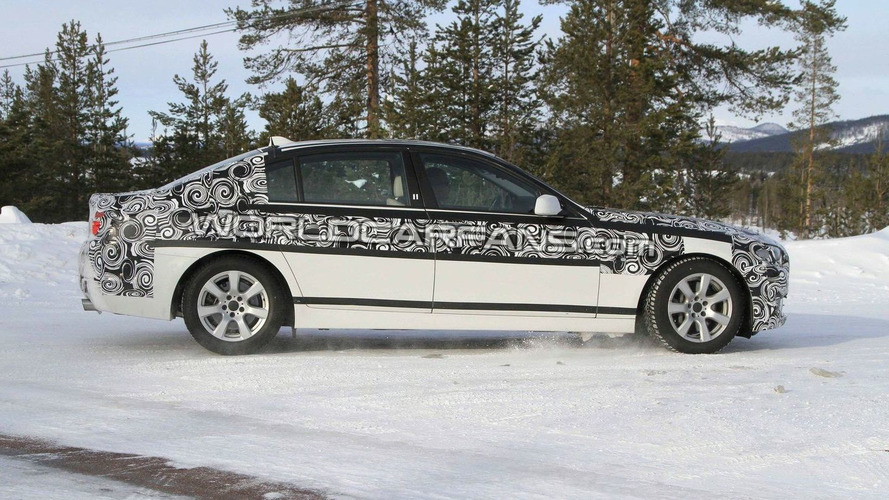 Our spies have caught the 5-Series long wheelbase (LWB) undergoing winter testing, and she's bigger than ever.

Are you a capitalist Chinese communist? Do you love the BMW 5-Series, but hate how small it is? If so, you're in luck! Our spies have caught the 5-Series long wheelbase (LWB) undergoing winter testing.

Set to be unveiled later this year, possibly at the Beijing International Automotive Exhibition in April, the 5-Series LWB is expected to feature a wheelbase which is 12 inches (305mm) longer than the standard 5-Series. This means the LWB model will measure 5.04 m, which is just 30mm shorter than the previous 7-Series (E65).

Built for China (and possibly the Middle East), the 5-Series LWB will go on sale later this year.