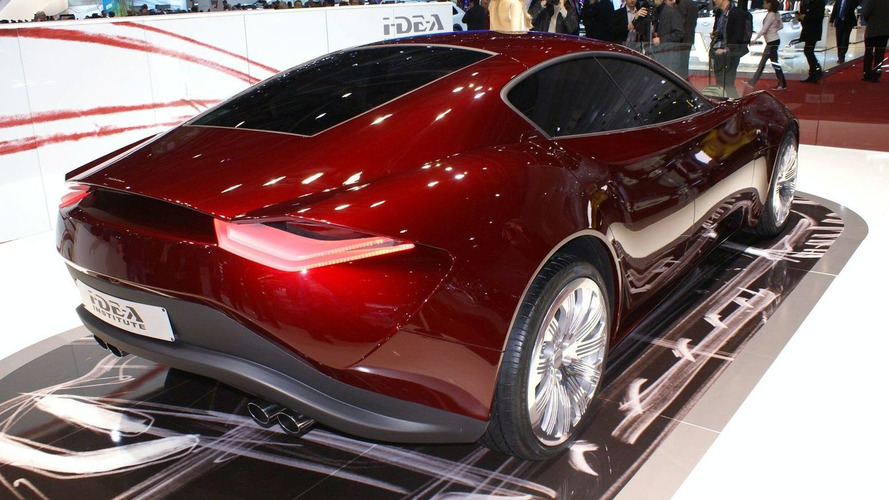 We have cool live and staged pics of the new I.DE.A Institute concept, the Sofia. The story inside.

Engineers working with Italian organization I.DE.A. Institute have created a new design study for the Geneva Motor Show.  Dubbed "Sofia," the four-door sedan is a development on the no-door Era concept convertible unveiled at the same show last year.

The Sofia was built to feature an hourglass shape when viewed from above, with heavy sculpting at the front and back.  "Sofia is a concentration of sportiness and elegance," a press release states.  By using non-conventional lighting, the designers accented a flowing look from end to end.

"The curves are graceful, the lines smooth and supple, the shape and profile are as enchanting and alluring as a female figure."

If put into production, the car would be capable of running as either a front- or rear-wheel drive.  A full hybrid is possible, though the car was built with an eight-cylinder engine in mind.

The Sofia will remain on display throughout the Geneva show.  It will likely return to the Torino-based I.DE.A Institute following the event.