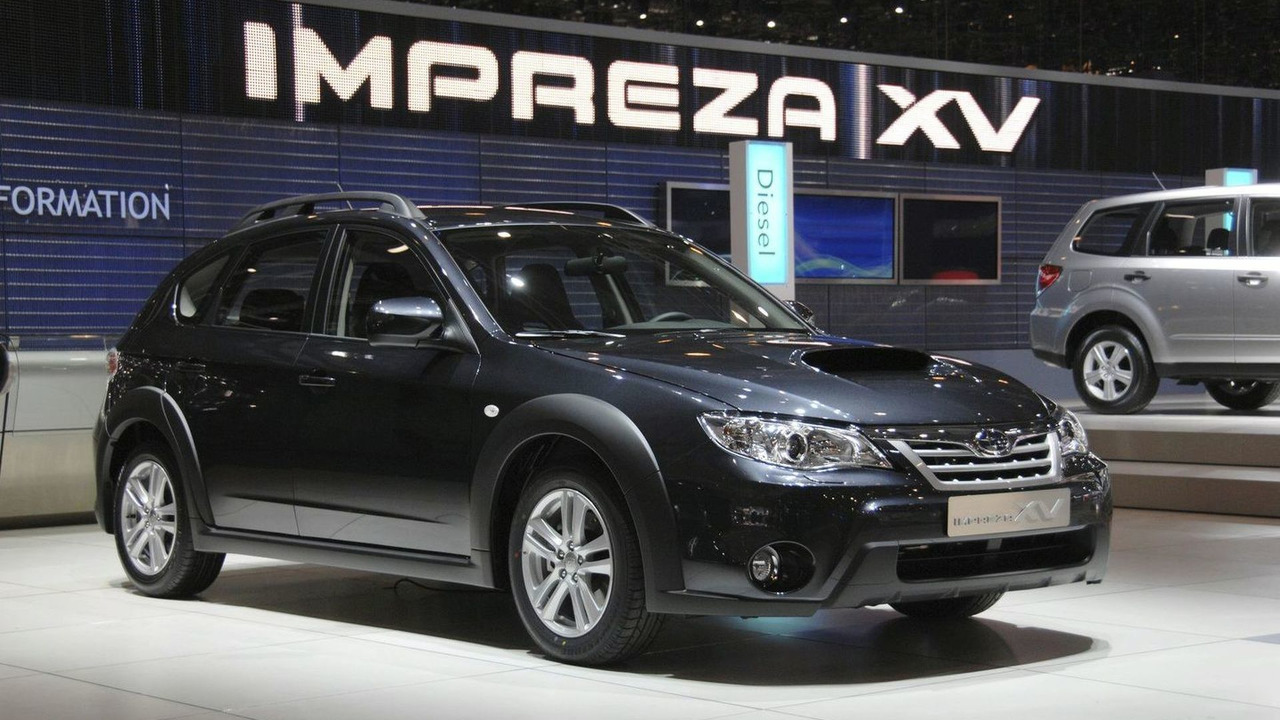 A new Subaru Impreza XV Crossover has been unveiled at the 2010 Geneva Motor Show. Rough and rugged XV has two engines, including a diesel boxer.

Not satisfied with selling the Outback (Legacy Outback) crossover to larger families, Subaru will soon offer a smaller crossover based on the 5-door Impreza. The new Impreza XV, appearing in Geneva for the first time, rides on the Impreza's rally reputation and the utility given by its maker's crossover vehicles.

It is powered by a choice of two compact four-cylinder engines: a naturally aspirated petrol and the other a turbo diesel with a diesel particulate filter (DPF). Both motors feature Subaru's boxer layout. Employed transmissions are a 4-speed automatic and a 5-speed manual for the 2.0R petrol, while the 2.0D has a specially-developed 6-speed manual. Of course power goes to all four wheels via the symmetrical All-Wheel Drive (SAWD) system.

Front suspension uses a strut-type model and the rear has a double wishbone suspension system. Subaru says this combination is sufficiently stiff for a fun drive yet at the same time provides sought-after family comfort when needed.

Some exterior features include a new front grille with the same design motif as other Subaru crossovers, a sporty front bumper, wheel arches with claddings, black aluminium roof rails and a large roof spoiler. The brake lights are made from LEDs.

Subaru adopted a two tone brown/black fabric seat arrangement for the interior. Black leather is also available as an option. The rest of it includes a 10-speaker CD/radio sound system, Bluetooth connectivity, an iPod connection and a leather-covered steering wheel with audio controls.