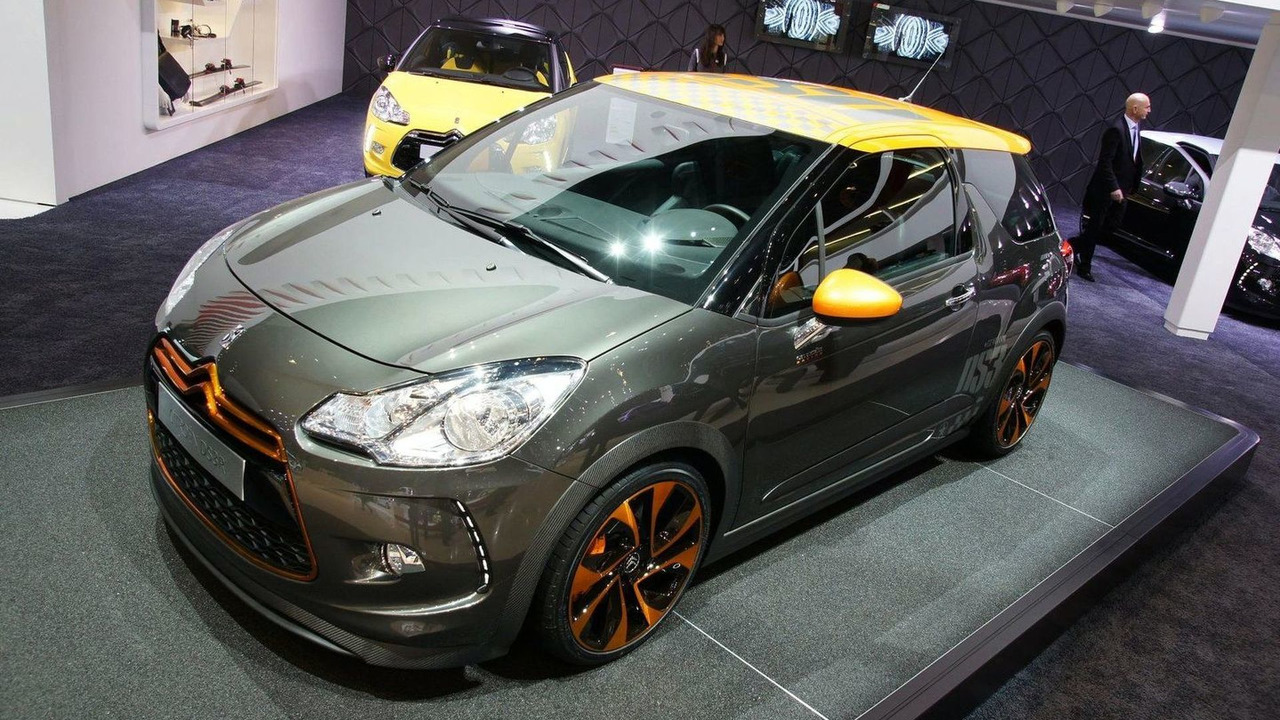 DS3 Racing comes with a 1.6 liter THP engine with 200 bhp and 275 Nm of torque. The track has also been widened by 30 mm from the standard DS3 and the suspension stiffened and lowered by 15 mm too.

Citroen has premiered the DS3 Racing model at the Geneva auto show.

Trading on its WRC credentials, Citroen has developed a sport version of the DS3 with a 1.6 liter THP engine pumped up to 200 PS (147 kW / 197 hp) and 275 Nm (203 lb-ft) of torque. The track has also been widened by 30 mm from the standard DS3, both front and back, the suspension stiffened and lowered by 15 mm, and the steering has been tightened too.

The DS3 Racing features the same design as the standard model but comes fitted with a host of carbon finished body panels. Those parts include the semi-rigid front bumper, a rear spoiler, side-door moldings, and the lower-body trim and wing extensions which accentuate the 18-inch sport wheels. Other details include the chrome-finished exhaust pipe and the LED lights at the front.

The car on display here comes in a two-tone orange and grey. Besides the roof, orange is also the color of the brake calipers, the grill, and the rims are finished in an orange chrome. On the inside, the theme is the same, with carbon finish touches highlighted by orange in the instrument panel and the gear stick.

This special edition DS3 Racing will be limited to only 1,000 units and will go on sale in the second half of 2010.