F1 role for Adrian Campos, Chandhok to be confirmed 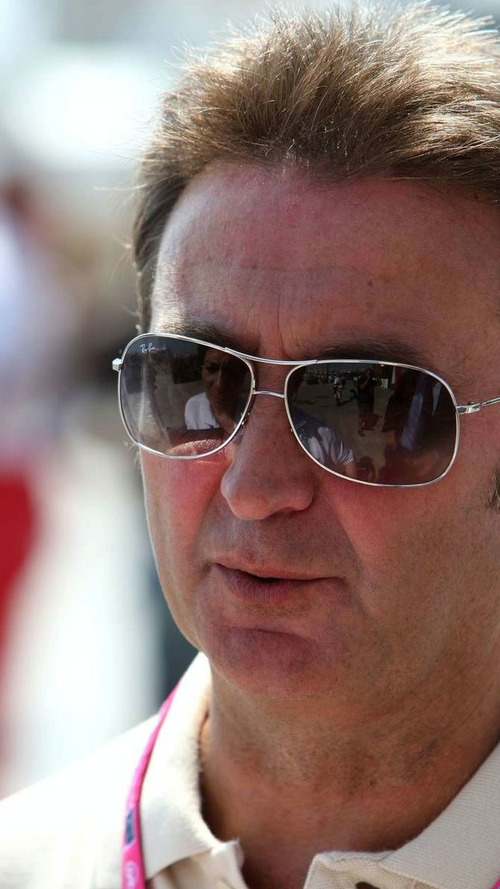 Adrian Campos looks set to retain a leading role in F1 this year, despite his Spanish team being taken over and renamed ahead of next week's Bahrain season opener.

Adrian Campos looks set to retain a leading role in F1 this year, despite his Spanish team being taken over and renamed ahead of next week's Bahrain season opener.

Spain's El Mundo newspaper reports that the 49-year-old Spaniard, whose team shares were taken over by his colleague Jose Ramon Carabante, will stay at the team in 2010 as executive vice president.

Enrique Rodriguez and Meta Image, however, have left the scene, and Carabante intends to rename the Campos team Hispania Racing.

El Mundo also claims that a German investment group - amid persistent rumours that it is Volkswagen - is involved with the new structure, which will be launched officially in Spain on Thursday.

During the Thursday event in Murcia, Karun Chandhok will be announced officially as Bruno Senna's teammate, and the Dallara car unveiled.

Jose Maria Lopez and Pastor Maldonado, the 24-year-old Venezuelan driver who is managed by FIA president Jean Todt's son Nicolas, are in the frame to be the test, reserve and/or Friday drivers.

It is also believed that the Cosworth-powered car could be shaken down at the Imola circuit, which is situated not far from Dallara's Parma headquarters, prior to Bahrain.

New team boss Colin Kolles said it is a huge task to bring the team up to speed following the takeover.

The Romanian-German is quoted by PA Sport as saying Campos "had basically nothing, only chaos" when he arrived.

He said the headquarters had only a software department, three engineers and "one empty workshop with nothing inside".

"The real story is a crazy story," added Kolles.