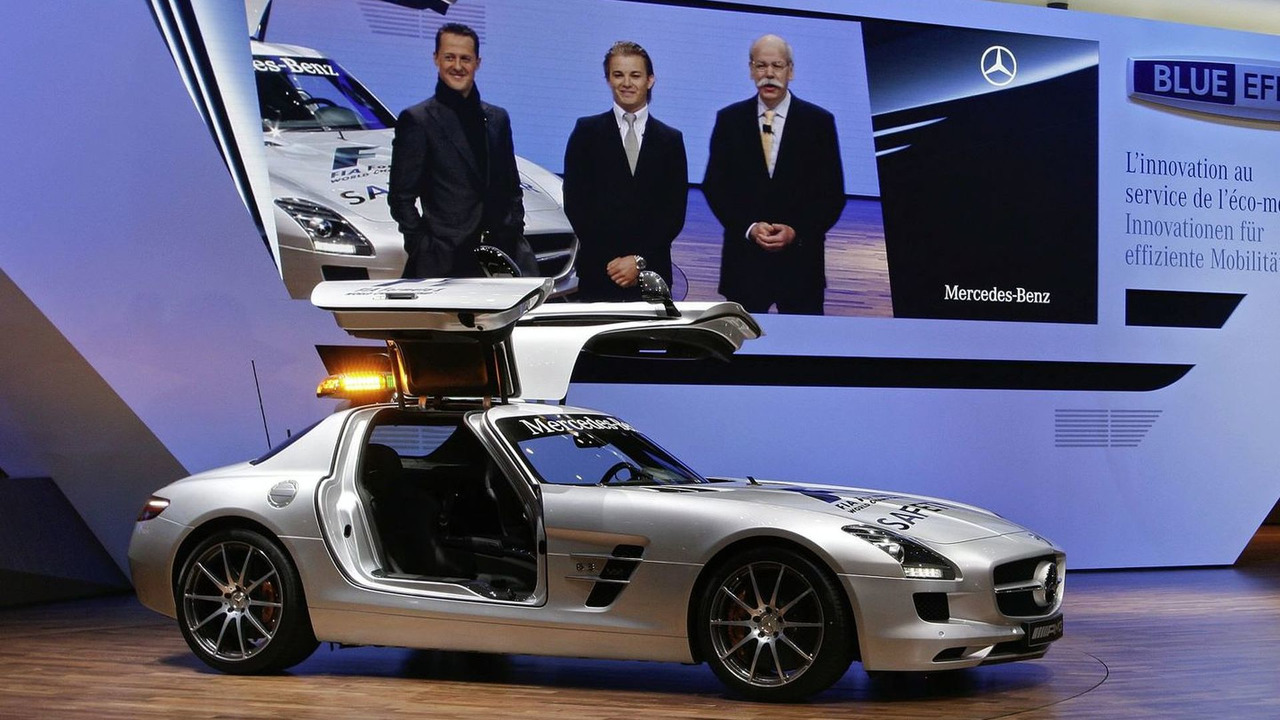 Mercedes has unveiled the SLS AMG F1 safety car, with the help of Michael Schumacher and Nico Rosberg, at the Geneva Motor Show.

Mercedes has unveiled the SLS AMG F1 safety car, with the help of Michael Schumacher and Nico Rosberg, at the Geneva Motor Show.

Built to replace the SL 63 AMG safety car, which was used in 2008 and 2009, the SLS AMG is more capable of leading F1 cars back to the pits quickly. It will be deployed whenever hazardous situations or accidents endanger normal racing conditions.

While the car is mostly unchanged, Mercedes added a new rear silencer (which allows the engine to breathe more easily), an aerodynamically optimized light bar (with an integrated TV camera), and a carbon-fiber hood.  Inside, the company installed six-point seat belts, two LCD screens (for monitoring racing action), and a radio for communicating with race officials.

Despite the aforementioned changes, the safety car features the same engine, transmission, suspension, and braking system as the standard SLS AMG. This means the dash from 0-100 km/h takes 3.8 seconds and the top speed is 317 km/h (197 mph).

Look for the SLS AMG F1 safety car to make its racing debut on March 12th at the Bahrain grand prix.