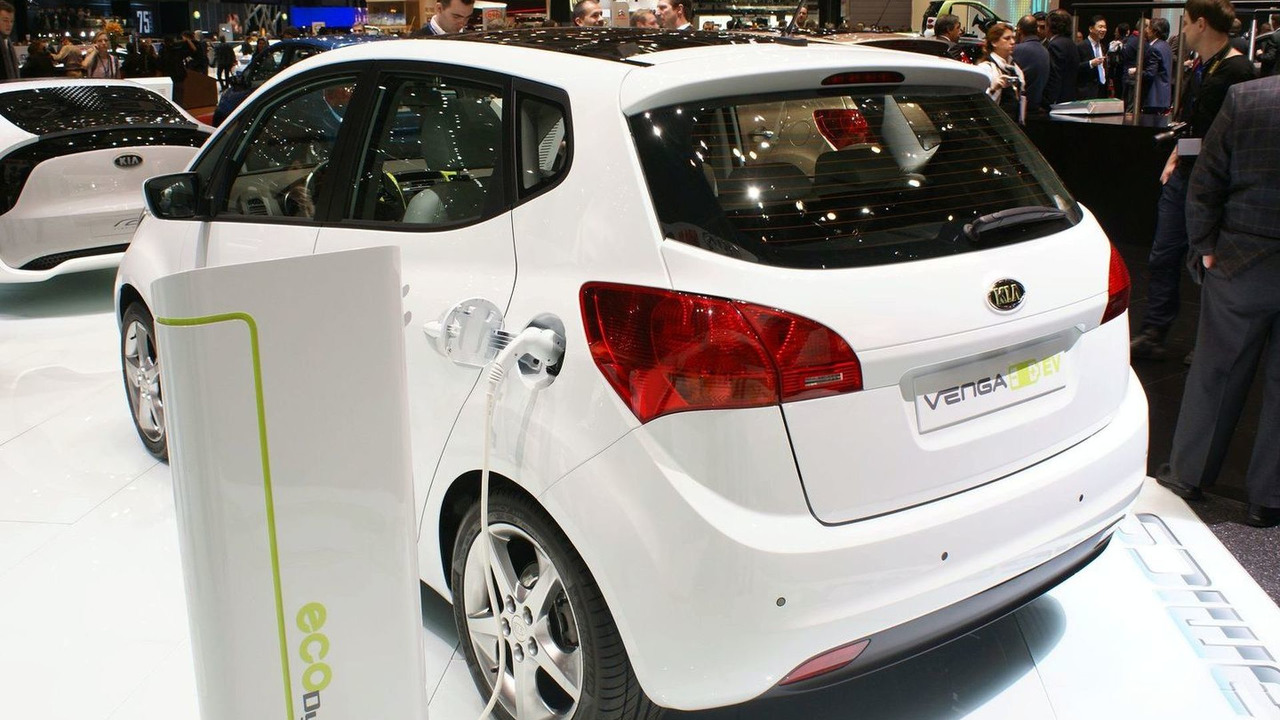 Kia has unveiled the Venga EV concept at the Geneva Motor Show.

The electric motor is powered by two 24 kWh lithium ion polymer batteries, which allow the car to travel up to 112 miles (180 km) on a single charge. Once depleted, the batteries can be recharged to 80 percent capacity in 20 minutes with a rapid charger or fully recharged in eight hours with a normal charger.

Kia has not mentioned if and when a production version would become available.