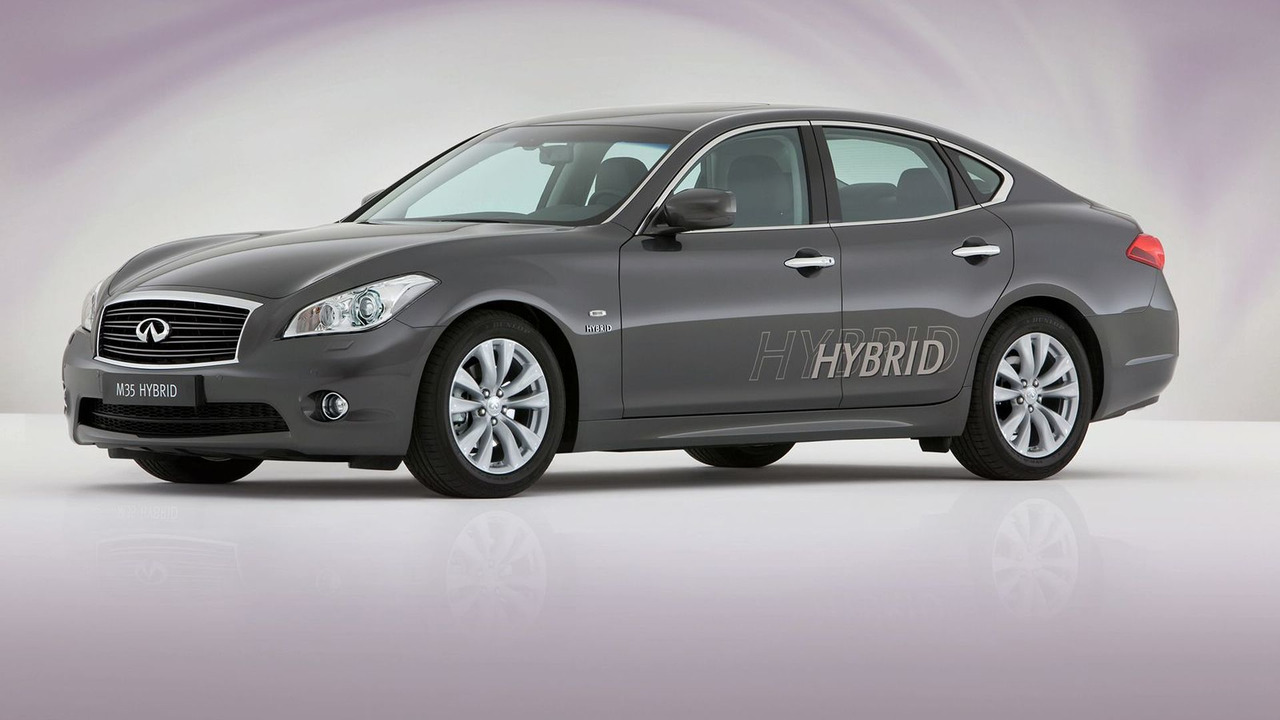 The Infiniti M35 Hybrid luxury saloon has come alive at Geneva 2010, about a year before its European market launch.

Infiniti has premiered the all-new Infiniti M35 Hybrid at Geneva. It will become the brand's first production hybrid when it goes on sale in Europe in spring 2011. The luxury sedan is powered by a decoupling 3.5-litre V6 engine and a 50kW (68 PS / 67 hp), 270Nm (199 lb-ft) electric motor. No more power or performance details were released.

It runs a front-engine, rear-wheel-drive system and a 7-speed dual-clutch transmission. One clutch is fitted between the naturally-aspirated V6 and the electric motor. For a feeling of sportiness, the throttle can be blipped like in a manual.

Infiniti takes pride in its new powertrain for two main reasons. One is the lithium-ion battery pack said to change quickly between charging and discharging. The other is the direct fashion in which the petrol or electric power is delivered to the rear wheels, thus giving the car an impressive driving consistency under any situation.

The electric motor can propel the car, or boost the V6 when maximum power is needed, or act like a generator. It also recovers lost energy due to deceleration and braking. Infiniti has engineered the M35 Hybrid to European tastes and roads, and is expected to blend handling and comfort well.

Other technologies to be found include the world's first intervention blind spot system which not only warns the driver but also acts to prevent a side bump.