Dallara's first road car is a carbon fiber-bodied speedster that can be turned into a coupe.

After years of waiting, numerous spy photos and plenty of rumors, chassis expert Dallara is finally ready to branch out and offer a road model under its own name. The first production car was handed over today to none other than founder Giampaolo Dallara on the occasion of his 81st birthday, exactly a year after the prototype’s reveal.

The Stradale (Italian for street) starts off as a speedster without doors, but can be easily transformed into a roadster by installing a windshield. By adding a T-frame, the Stradale can be easily converted into a targa, while mounting two doors that have a seagull wing opening will effectively turn the car into a coupe. In addition, Dallara will give buyers the opportunity to get the Stradale with a rear wing providing an impressive amount of downforce to make the lightweight sports car the ultimate track machine.

At the heart of the Stradale is a turbocharged 2.3-liter four-cylinder engine developing 400 horsepower at 6,200 rpm and 369 pound-feet (500 Newton-meters) of torque from 3,000 rpm. Output is channeled to the rear wheels via a standard six-speed manual transmission or an optional robotized gearbox with paddle shifters promising to deliver quicker gear changes. 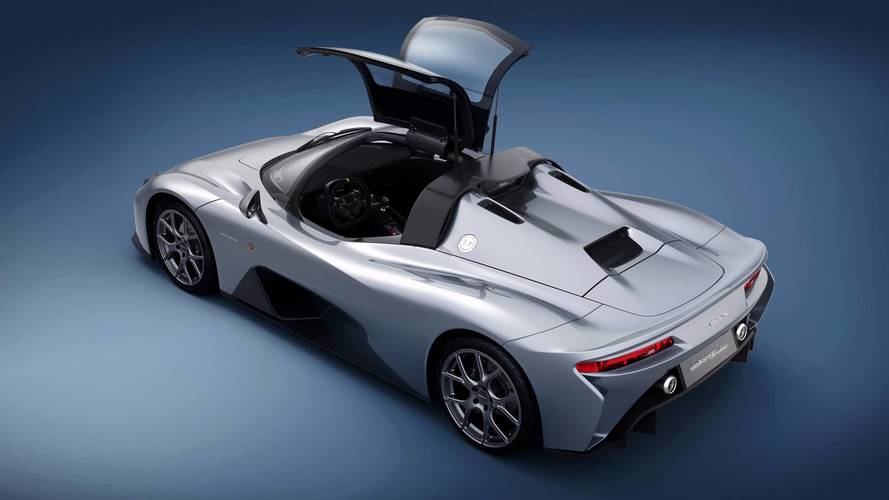 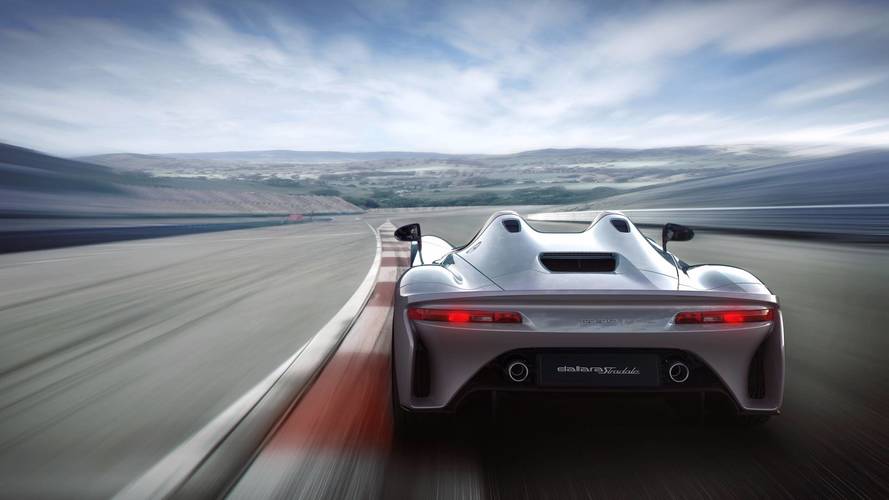 And now for probably the most impressive number; the Dallara Stradale has a dry weight of only 855 kilograms (1,885 pounds) in its standard configuration thanks to an extensive use of carbon fiber and composite materials. The body panels have all been made from carbon fiber, which has also been used for the monocoque.