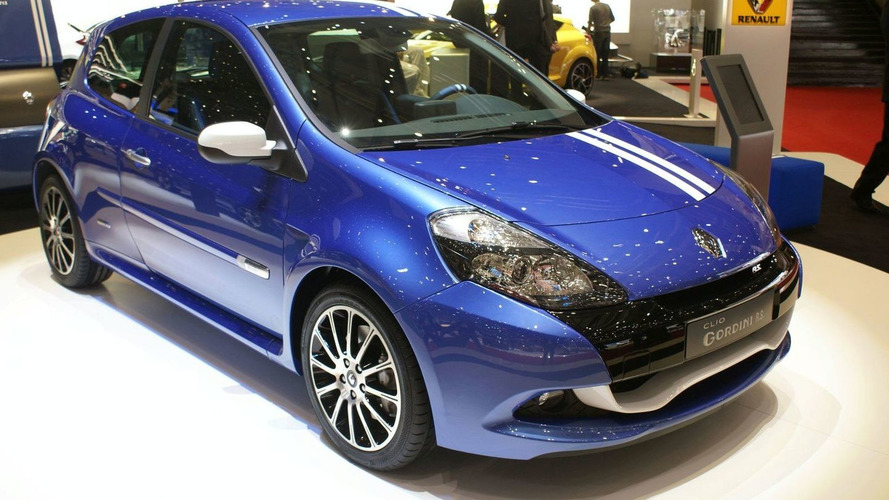 We have details of the new Renault Clio Gordini 200, shown off for the first time in Geneva. The story inside.

The latest Gordini is hardly a surprise.  Two weeks before the Twingo model was shown, the French automaker told of their plans to revive the Gordini name with the help of Renault Sport Technologies.

Other features in the car include an interior fitted with leather, piano black lacquer, and metal trim.  The car comes with an unremarkable CD audio system with USB connection, Bluetooth, automatic wipers, automatic lights, cruise control, and a key card to get the car going.

The car is named for former Renault sport designter Amédée Gordini, made famous with the 1964 Tour de Corsica rally.  At the event, his design for the R8 took four of the top five spots, including the checkered flag.

In the U.K., the Renaultsport Twingo Gordini 133 will go on sale in March, with the Clio Gordini 200 being on offer in the summer.