5 by Peugeot Concept Live in Geneva 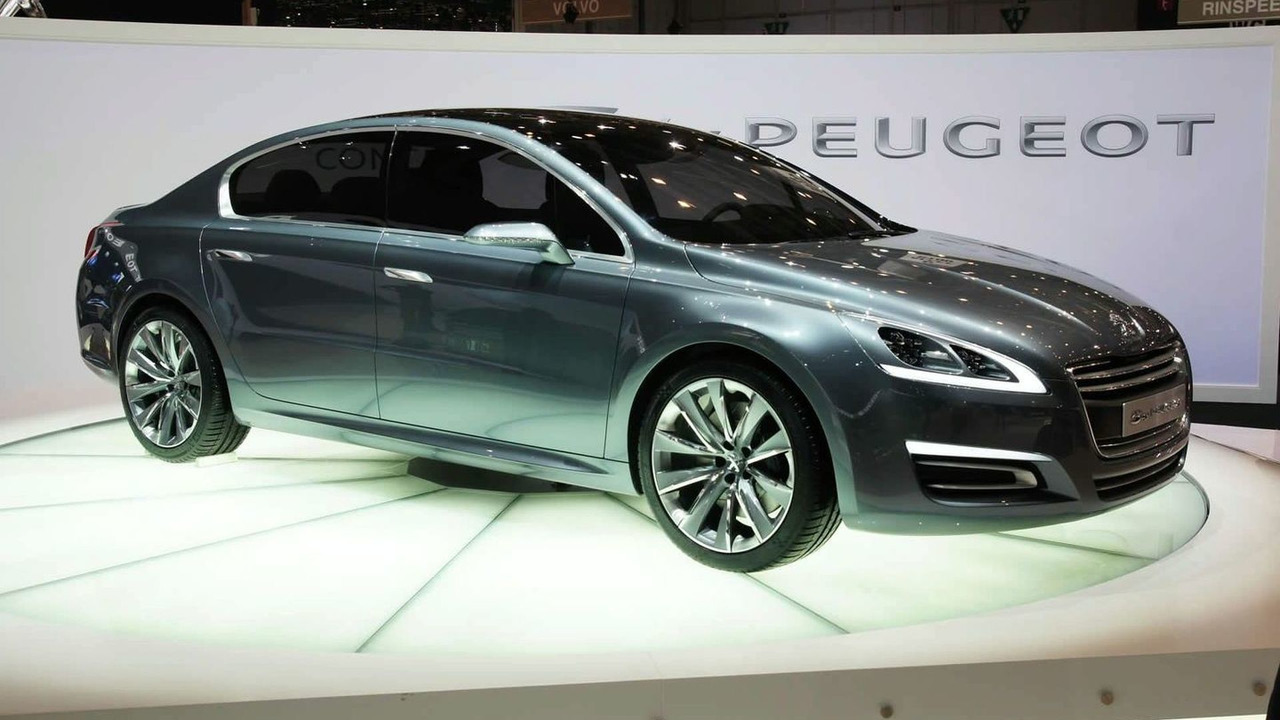 We have live pictures and details of the new 5 by Peugeot concept on stage in Geneva.

Peugeot showed off a new four-door hybrid sedan at the Geneva Motor Show today.  Called "5 by Peugeot," the car represents the French automaker's potential successor to both 407 and 607 with a "large luxury vehicle" dubbed 508.

Performance specs were not given, but the hybrid does have very low emissions of about 99 grams of CO2 per kilometer when the engine is operating.  Average fuel consumption is listed at 3.8 liters per 100 km (74.3 mpg imp / 61.9 mpg US).

The vehicle's face is meant to look like a cat with LED tube lighting providing accents up front, similar to the Peugeot SR1 concept revealed earlier this year.  Side windows and handles are marked by brushed-aluminum.  In back, two-tone lighting gives the car's rear a futuristic and recognizable look.

Hybrid4 technology seen on the 5 by Peugeot will debut on the Peugeot 3008 beginning next year.