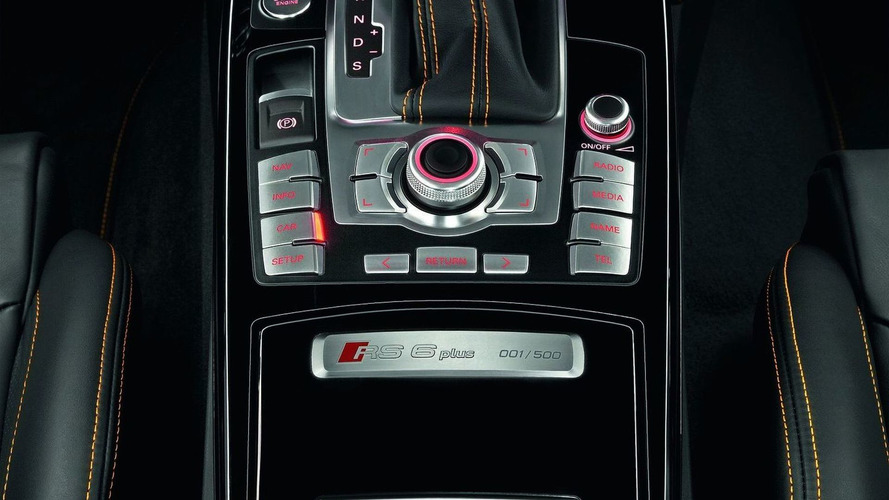 Audi has quietly released today a few photos of their yet to be announced Audi RS6 Plus.  Most likely to debut in Geneva tomorrow, a closer look at the center console shows a serial number plaque marked 001/500 indicating a total production of 500 units.

Stay tuned as we wait for the official announcement.