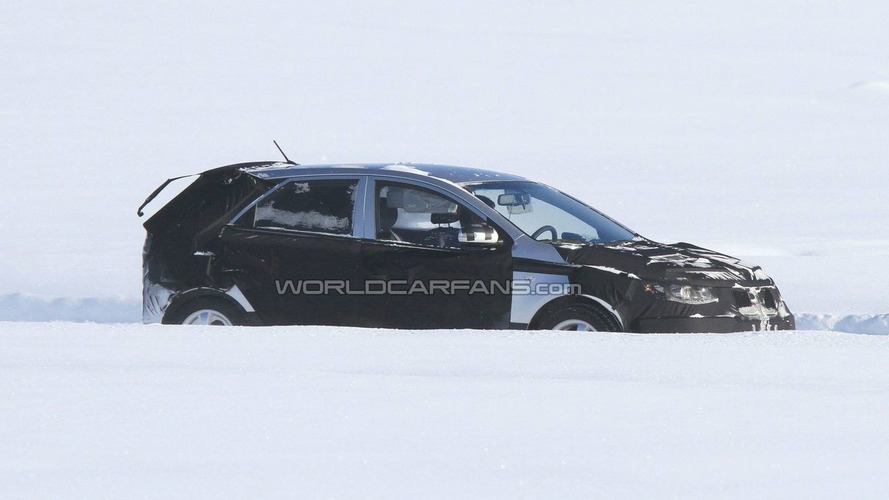 We have the first spy pics of the five-door 2012 Kia Forte. The story inside.

Spies have picked up a set of photos showing off the 2012 Kia Forte hatchback for the first time.  The five-door was spotted on a frozen lake in Scandinavia where Hyundai and Kia have been testing several vehicles.

In one photo, the car can also be seen with the Kia Forte Koup.  If these pictures are any indication, look for the five-door to share similar front end styling, with a- and c-pillars matching up accordingly.  As such, the side windows are noticably similar.

Kia has yet to announce the launch date for the five-door version of the Forte.  The car will likely compete with the Ford Focus and Mazda 3.