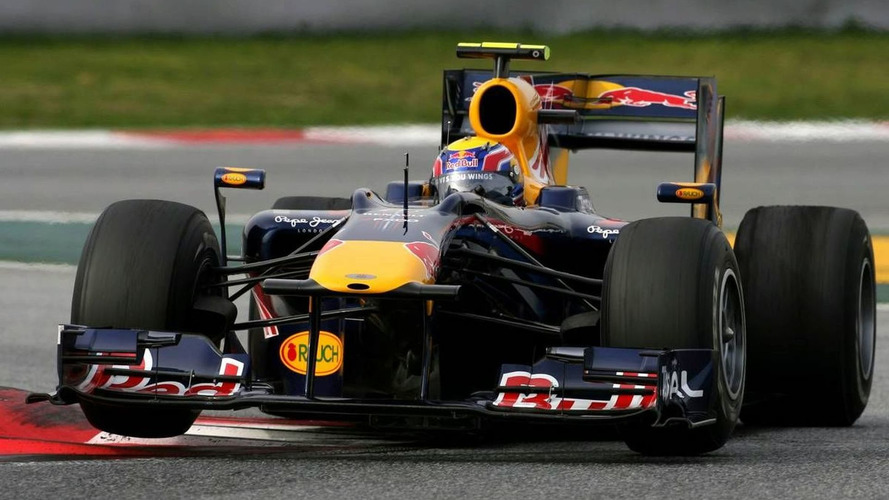 Red Bull's dominance on the opening day of the final winter test in Barcelona on Thursday impressed the formula one world.

Red Bull's dominance on the opening day of the final winter test in Barcelona on Thursday impressed the formula one world.

"That is a very good time, even with low fuel on board," said Sauber's technical director Willy Rampf.

He was referring to Mark Webber's 1.21.487, achieved during a qualifying simulation. In front of an estimated crowd of 15,000, the next best time was almost a full second slower.

"Clearly we have the pace," the Australian driver told local media, "but your Spanish friend (Fernando Alonso) won't be far behind."

33-year-old Webber added that he thinks the RB6 is "in better shape than the other teams", and Bernie Ecclestone told Kicker magazine that Webber's teammate Sebastian Vettel is "my tip for the title".

"This team is one of the best - if not the best - in the pitlane in terms of what we've done last year and what we're doing this year," Webber is quoted as saying by The Sun.

Webber later wrote in his new Twitter feed that the pecking order in Bahrain is "going to be tight".

The Adrian Newey-designed car has also broken down a few times at recent tests, including on Thursday, and Webber told reporters there is "no question" the team can improve its reliability.

Mercedes' Norbert Haug insists that reading into the testing timesheets at present is "just impossible. It's guesswork."

"This time is not the benchmark. It's early days, and I would not say that any team has made any serious qualifying efforts so far," said the German marque's motor sport chief.

Numerous teams, including Sauber, intend to do some qualifying runs at the Spanish circuit on Friday.

De la Rosa told the Spanish press that Hinwil based Sauber will indeed "show its cards" with low-fuel pace.