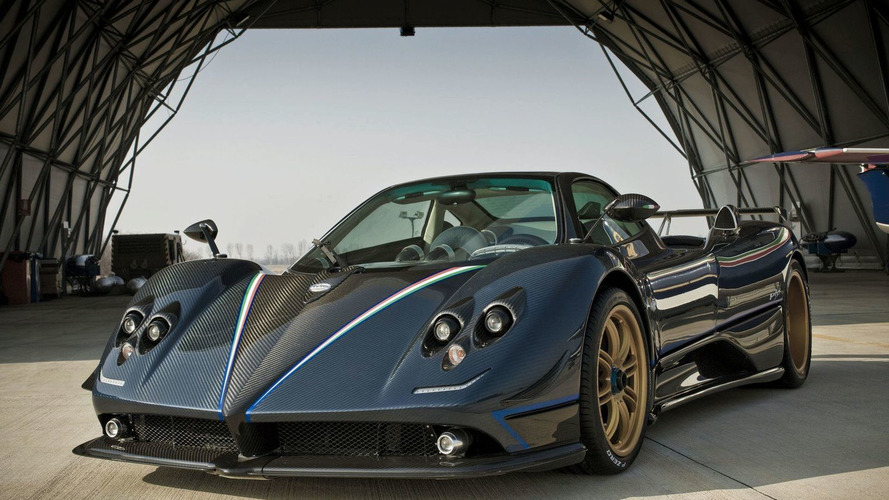 Pagani will unveil this once-off Zonda Tricolore at Geneva. While it is based on the Cinque, there are some notable differences between them.

Pagani has released pictures of the Zonda Tricolore, a car based on the Zonda Cinque but with some marked differences. Only one Tricolore will be built and presumably it will be the same unit unveiled at the 2010 Geneva Motor Show. Its purpose is to celebrate the 50th anniversary of the Italian equivalent of the British Red Arrows Display team which is known as the ‘Frecce Tricolori'.

Its tub is also made from carbon fibre weaved with titanium wire while the exterior is just carbon fibre. The front end features special LED lights that look like the tail fin of an airplane. Instead of the Cinque's air intake snorkel, the Tricolore has a small vertical fin on top of the engine cover whose nature and purpose will be fully revealed at Geneva. The transmission is an automated paddle-shift type.

A clear blue lacquer (polish) coating and Frecce Tricori-mimicking strips running on the sides of the car complete the impressive body look.

This once-off Zonda Tricolore will be priced at an eye-watering €1.3 million (US$1.76 million).