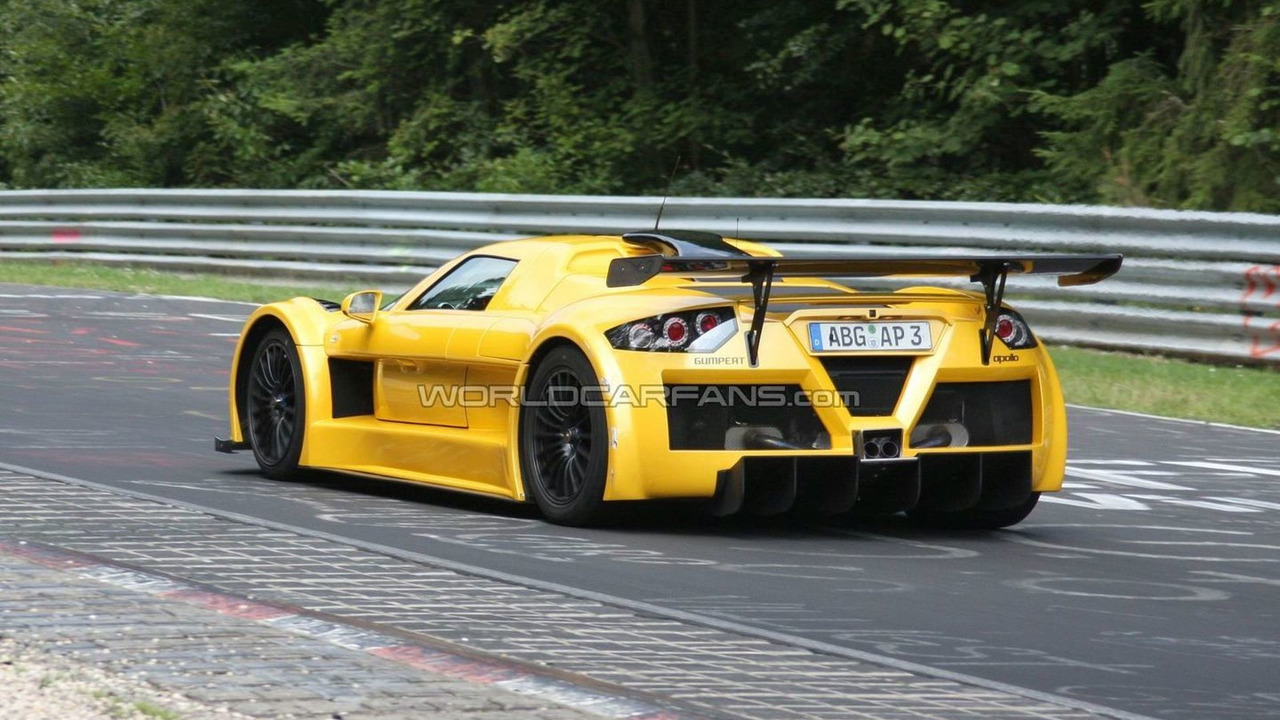 Gumpert will exhibit its new Apollo Sport with upgrades at the 2010 Geneva Motor Show. Maximum power is up to 750hp.

The Gumpert sports car manufacturer will present its newest power package in Geneva. Two versions of the Apollo Sport will be shown. The company will also use the event to announce its intention to start building right-hand-drive models for international export.

The Apollo TT40e electronic gear system is said to change gears in about 40 milliseconds and is key to the already tested performance ability of the car. Sport Auto threw the car around the Nurburgring and got a time of 7:11.57 minutes.

For the exterior the front and rear ends have been redesigned primarily for improved aerodynamics but the result is a more aggressive appearance.  Previously we've seen Apollo Sport prototypes testing at the Nurburgring wearing a mixed bag of different body parts.  It can be speculated that these were 2010 prototypes.

"Although the Apollo demonstrates its strengths above all on the racetrack," says Roland Gumpert, founder and Managing Director, "with its optimum aerodynamics and resulting breathtaking curve speed, it is largely suitable for day-to-day use, as proved by tests conducted by a number of independent car magazines. We think of the driver and his comfort."