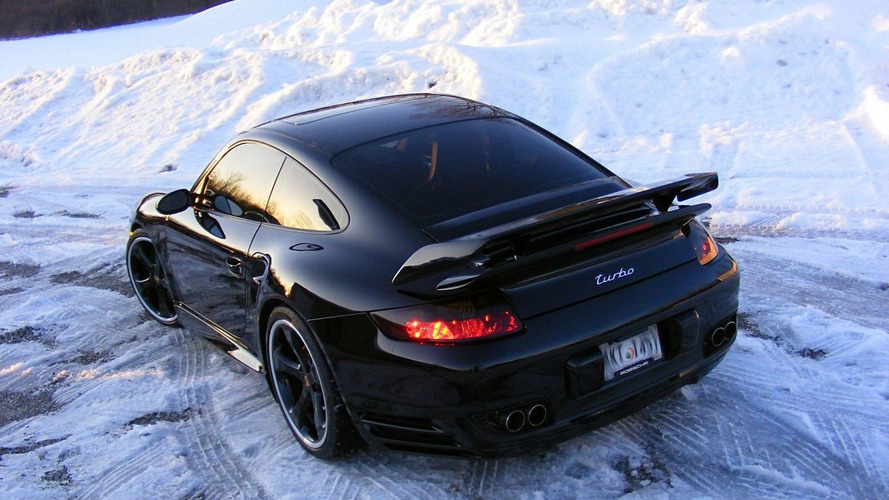 "When I first saw the new variable-vane technology the 997 Turbos, I was impressed," explains Tym Switzer. "The more I looked at the VTGs, though, when we flow-tested them and really started putting them to work, I began to realize that it would feasible to develop a turbocharger package that could match the VTG's responsiveness while out-performing them in the midrange and top end. That we were able to develop this package so quickly is a direct result of the incredible progress in aftermarket turbo technology that has taken place over the last few years. Our technology partners can deliver exactly the turbos we need to achieve the performance targets we specify for a given build - and we work together closely to achieve those targets with more run-after-run consistency than a factory VTG-based turbo can provide."

If Tym's name seems familiar, it's because Switzer Performance (the Ohio-based tuning firm that carries his name) has been making big waves in the tuning industry since their clients in Russia, the MidEast, and other world markets began posting videos of their match races all over YouTube last summer.

"We know a bit about making real-world power," adds Tym, "and once we decided to go beyond 700 hp with the efficiencies required for maximum consistency, reliability, and throttle-response, we realized it was time to move away from the VTGs, which are on the living edge at 750 and well beyond their practical, everyday limits."

Common internet wisdom holds that turbocharged engines are exercises in compromise. You can have quick-spooling turbos, and you can have turbos that pull hard to redline, but not both. Switzer's views on the matter? "While incredibly responsive, the VTGs do suffer from some weaknesses when the performance bar is raised significantly." Pointing to torque and horsepower curves that match the factory VTGs in initial spool up, then run away from the VTGs all the way to the P800's new 7500 rpm redline. "With the new P800, you can really have the cake and eat it, too, in a car that you can drive back and forth to the office without drama, and it will still deliver an incredible rush at the track."

First announced in August 2009, Switzer's P800 package for the 997 Turbo includes Switzer's competition-style exhaust and headers, electronic boost control, Switzer-specific TiAL Alpha turbochargers, MONSTER intercoolers, and an ECU software tune to bring it all together in a package that drives like a stock 997 TT ... until the go-pedal hits the floor. "The great thing about this package is that the power delivery is more linear than with the VTGs, so the P800 car is actually smoother than the factory TT, without any of the oscillation you get periodically from the DME's dynamic control of the vane mechanism on the VTG," explains Tym. "This is a great example of our tuning philosophy: we're not about peak power, we're about best power."

The P800 package is available now through Switzer Performance dealers.