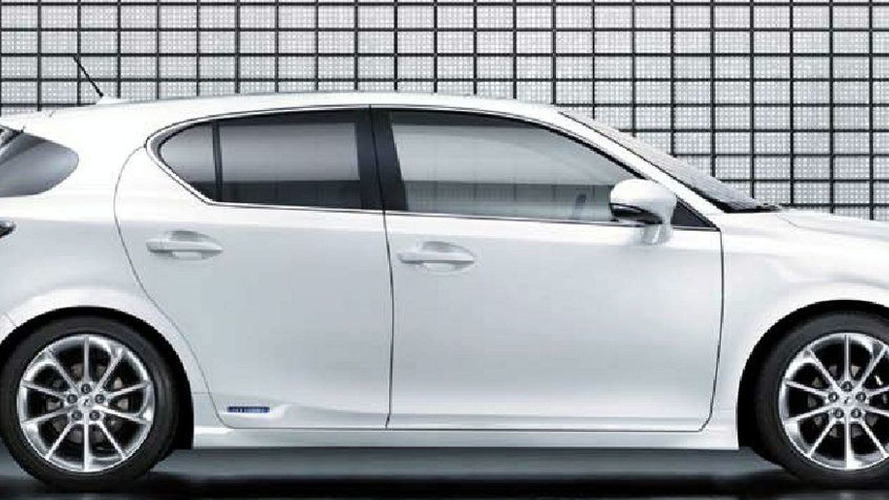 We have leaked photos and details from an unreleased press kit for the Lexus CT 200h full hybrid. The story inside.

An anonymous source has e-mailed what appears to be a digital press kit produced by Lexus for next week's Geneva Motor Show.  The pages of the kit reveal photos and details of the Lexus CT 200h five-door hybrid, set for a debut at the Geneva event.

The full hybrid is based on the LF-Ch concept shown at the Frankfurt show in 2009.  It features a 1.8-liter four-cylinder VVT-i petrol engine and a magnet synchronous electric motor.  The company has not published performance details, but they do say that the motor is "powerful."  Nickel-metal hydride is used for the high voltage battery.  Power is sent to the front wheels via a electrically-controlled contiuously variable transmission, or E-CVT for short.

The car remains a sleek five-door, just like the concept.  It has sporty overhangs at the front and back, and a well-placed rear spoiler.  The car looks to have LED rear lighting.  At 4,320mm long, the car is 140mm shorter than the Toyota Prius.  The Lexus is 1,765mm wide by 1,430mm high; 20mm x 50mm less than the Prius.  It rides on 17-inch alloy wheels, and features McPherson/front- and double wishbone rear suspension.

Lexus wants to use this car to prove that full hybrids do not have to be boring drives.  They claim the car has "superior handling agility" to suit their customers' wishes, and three driving modes (Eco, Normal, and Sport) to adjust to different situations.  Again, Lexus remained vague about sprint times, overtake ability, and top speed.

Hopefully, these details and more will be released at the Geneva Motor Show.

The leaked information also reveals data about Lexus LFA sales orders which states allocation will be fixed in April, while individual orders will be confirmed to customers in May.  Demand has surpassed the announced 500 units set to be produced.