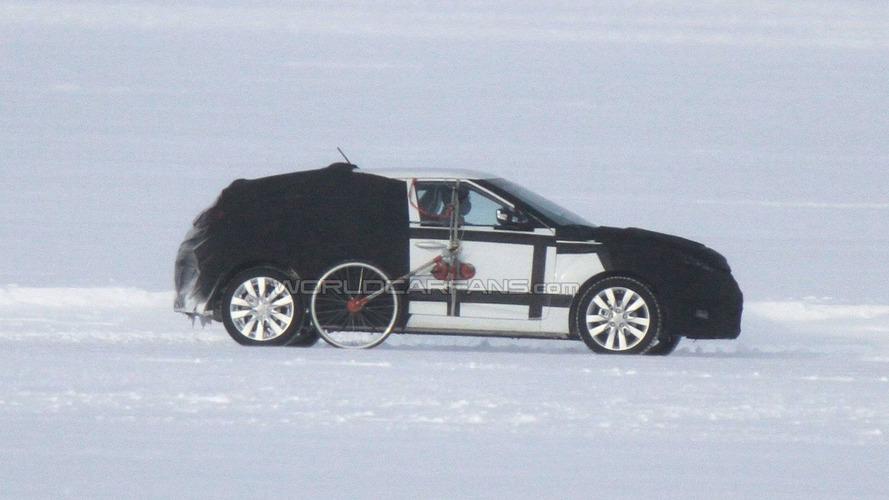 We have photos and rumors about a Hyundai vehicle spied in Northern Europe, but what could it be? The story inside.

Spies in Sweden captured a new set of photos featuring what we thought was the 2012 Hyundai Veloster coupe.  The car was caught during winter weather testing on a frozen lake.

From the position of the b-pillar, and a small, uncovered portion at the center under the roof, we have reason to believe this car is either a four- or five door.  The car has some similar styling to the Hyundai Elantra Touring, part of the fourth generation Elantra lineup.  As each of the three earlier Elantra generations were produced in five-year long stretches, and this is the fourth year of production for the current Elantra, there is the possibility this is a test prototype for the 2011 or 2012 model year car.

However, in line with previous spy photos of a shorter wheel-base version, this also has the potential of being a four- or five-door version of the Veloster.  Unfortunately, the car is even more covered up than the prototype caught in South Korea at the end of last year.  That car is based on the Veloster coupe concept from the 2007 Frankfurt Motor Show.

Stay tuned, as this story could get much more interesting.