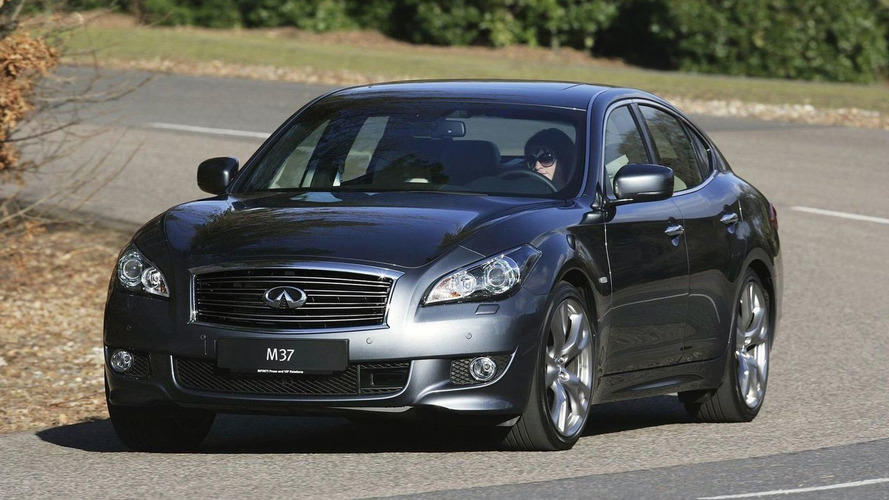 We have the goods on the Infinit M37 and Infinit M30d set for the European market, and a Geneva debut. The story, and photos, inside.

Infiniti plans to release the Infiniti M Performance Sedan on the European market as a petrol and diesel, with a hybrid scheduled down the line.  Euro deliveries are scheduled for September, six months after its European debut at the Geneva Motor Show next week.

Specs are not yet available on the hybrid model.

Some of the car's features includes a suspension made up of a double wishbone front and rear multilink.  Speed sensing steering and assistive antilock brakes are also included, as is Infiniti Drive with Eco and Sport modes.  The company is also making available an optional four-wheel active steering system, and a blind spot notification that keeps the car from being steered into another car.

The company has also installed Active Noise Control, which plays opposing phase waves through the audio system to cancel out any noise from the engine.  Additional soundproofing keeps out road noise and other environmental sounds from the leather lined cabin.

The five-seat saloon Infiniti M37 and M30d will go on sale later this year.  The Infiniti M-Line Hybrid will be available in 2011.  You can read much more about the car in the press release below.