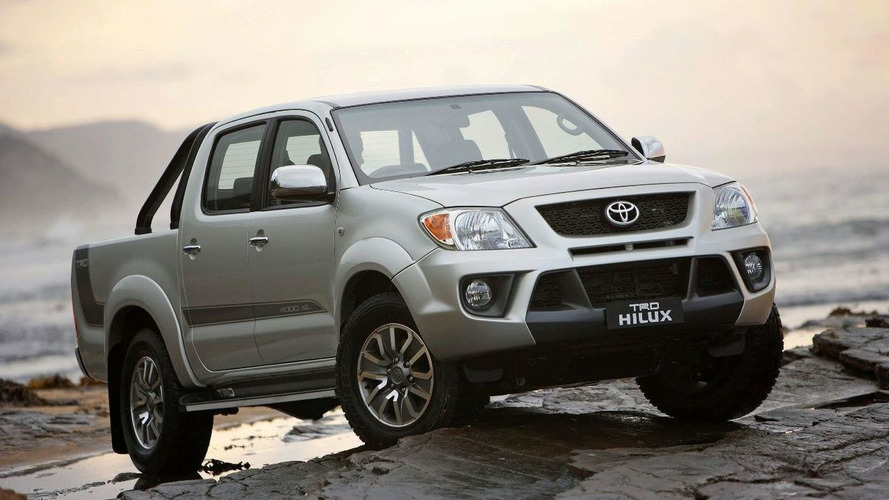 The supercharged TRD HiLux uses a fraction less fuel than the naturally aspirated engine in the HiLux SR5 double cab.

Toyota Australia seems a little confused about when the Toyota TRD HiLux has been / will be unveiled. We thought that the Brisbane show had taken the honours, but the new high-performance ute will. according to this new press release, be officially unveiled this week at the Melbourne Motorshow. Turns out that Brisbane only previewed the TRD HiLux.

Either way, new images have been released for the 300+ hp pick-up with turbocharged 4.0 liter V6 petrol engine. The engine has been co-developed by TRD and Magnuson Products Inc. and is capable of a 0-100 km/h time of just over 7 seconds, while consuming marginally less fuel than the naturally aspired HiLux SR5 double cab and is Euro IV compliant.

"Overall, drivers will notice a flatter, more controlled body motion with enhanced ride comfort that is more in keeping with an SUV than a truck. We are also proud of the fact that the TRD enhancements have improved the renowned off-road capabilities of the HiLux," said TRD chief engineer Stephen Castles.