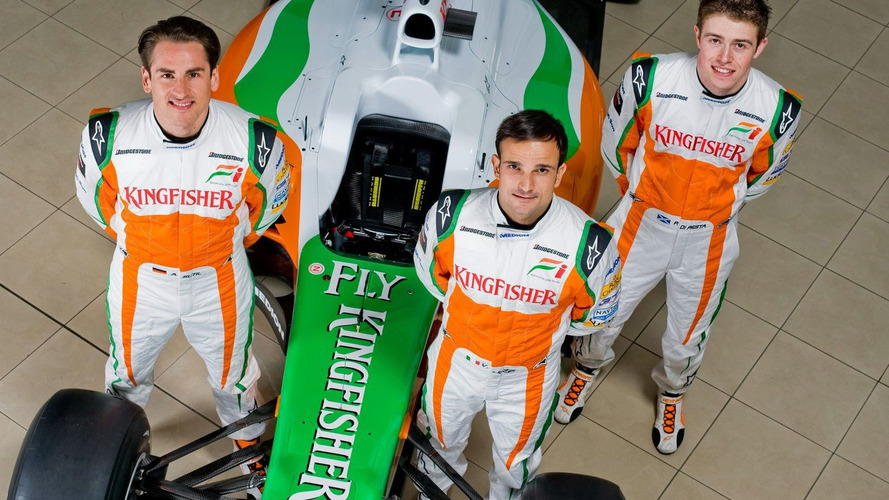 Scottish reserve driver di Resta, 23, has been signed for this season to drive the VJM03 on most Friday practice days.

The risk of the unique strategy, however, is that it will make Adrian Sutil and Tonio Liuzzi fear for their jobs.

"We will benefit from this situation," he told Germany's Auto Motor und Sport.

In Jerez's rain, di Resta was on Thursday given an unscheduled additional half-day in the car to "allow the race drivers the best chance of the forecasted better weather" on Friday and Saturday.

Szafnauer also played down reports that Force India could be dissolved by the UK's Companies House due to unfiled financial accounts.

"This is a normal process," he insisted. "By the end of the month, the documents will have been submitted to the authority.

"The alarm has been struck for no reason," said Szafnauer.

"The team is healthy and our budget is within the scope of the previous year."