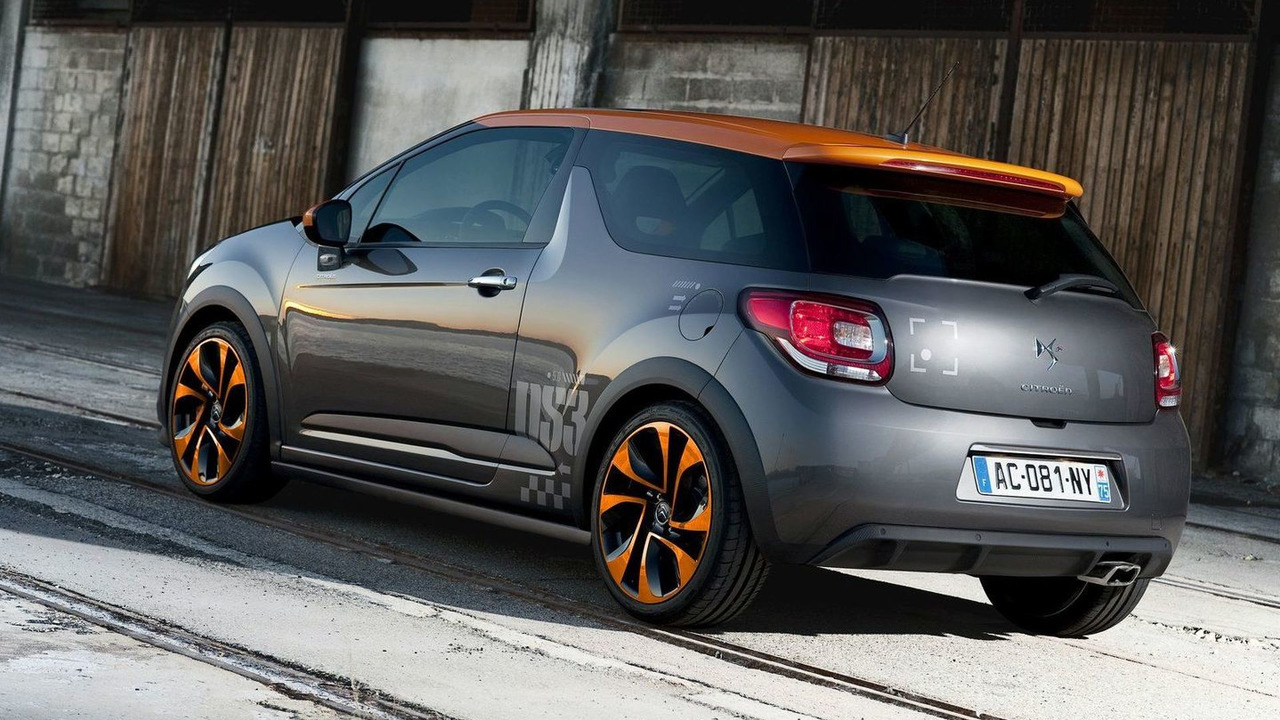 We have full info about the limited edition Citroen DS3 Racing, set for the Geneva Motor Show. Photos and more inside.

Citroen plans to unveil a limited edition of the Citroen DS3 next month at the Geneva Motor Show.  The Citroen DS3 Racing is a suped up version of the company's luxe supermini.

The car's pricing was not revealed.

Meanwhile, stiffer suspension springs and new shock absorbers are also installed.  The car has been lowered by 15mm, while both the front and rear track were widened by 30mm.  Along with the new tires wrapped around the 18-inch wheels, the changes "all dramatically change the driving dynamics," according to a press release.

To handle the extra power, the company installed four-piston caliper brakes up front and ventillated discs in back.  Carbon-fiber touches are used on the new air diffuser, front bumper, lower body, and wing extensions.  Chrome is also used at certain points, like the door handles and exhaust, with orange tint on the calipers, grille, roof, side mirror caps, and wheels.

At 3.94-meters long, the grey and orange car will be shown in Geneva with checkered flaq and DS3 Racing graphics.  Only 1000 units of the Citroen DS3 Racing will be produced.  The car will be released in the second half of 2010.