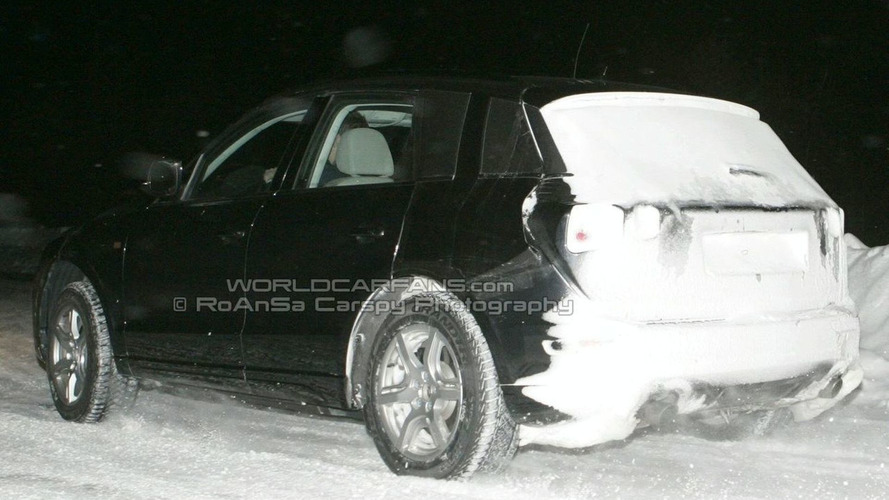 Freezing weather makes for good Quattro test as these spy shots of the new Audi Q5 can testify. Sadly our spy guy couldn't get frontal images as security proved too tight on this run. We are pretty sure there will be a next time though...

“Sometimes it's really hard being a car spy,” says our man behind these Audi Q5 spy pics. “There were two prototypes of the Q5 out driving late Sunday evening. Accompanying them were approximately 5 security cars controlling the roads up ahead and looking out for photographers. As a result, I didn’t get a front shot. Better luck next time.”

All the time around the world it is freezing cold and snowing somewhere. Therefore our spy guys will be most alert then, hiding behind obscure bushes or levitating inside a garbage bin, waiting to pounce on unsuspecting automakers who are out on an innocent midnight drive. Yeah, sure. Snap! Gotcha!

We know a lot about the Audi Q5 – one below big daddy Q7 – already, we even have a clue as to when it will make its world debut. The one in these pics looks like the diesel version, most likely the 3.0TDI, although I wouldn’t write off the new 750Nm, 4.2 TDI being given its run here as well.