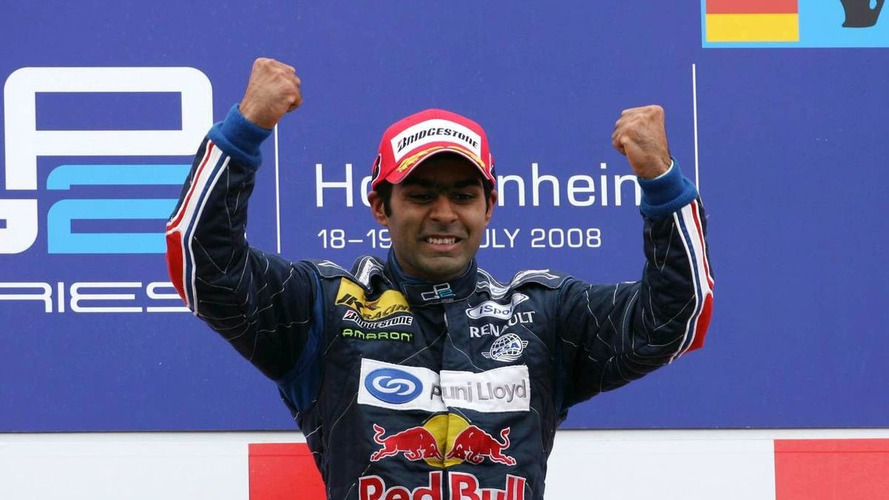 Karun Chandhok has refused to confirm reports he has been signed by the hopeful Serbian team Stefan GP.

Karun Chandhok has refused to confirm reports he has been signed by the hopeful Serbian team Stefan GP.

The Swiss magazine Motorsport Aktuell this week said Chandhok, a 26-year-old GP2 driver from India, will be Kazuki Nakajima's teammate if the outfit is granted an official team entry.

Chandhok reportedly has $6 million in sponsorship to offer, as well as solid links with Bernie Ecclestone and the FIA, with his father Vicky Chandhok a high-ranking Indian motor racing official.

When contacted by DNA India, Chandhok did not deny that he has been in contact with Stefan GP, who intend to field the withdrawn Toyota's 2010 package in 2010.

"I am surprised to see the reports emerging, I haven't signed any contract with any team as of now," he said.

Germany's motorsport-total.com reports that Chandhok could be Stefan GP's test driver in 2010, with Jacques Villeneuve slated to race alongside Nakajima.

"For now it is all speculation, but I wish it comes true," he added.

"I have been speaking to teams since August 2009 and for now, I have kept my options open," said Chandhok, who is currently in India.