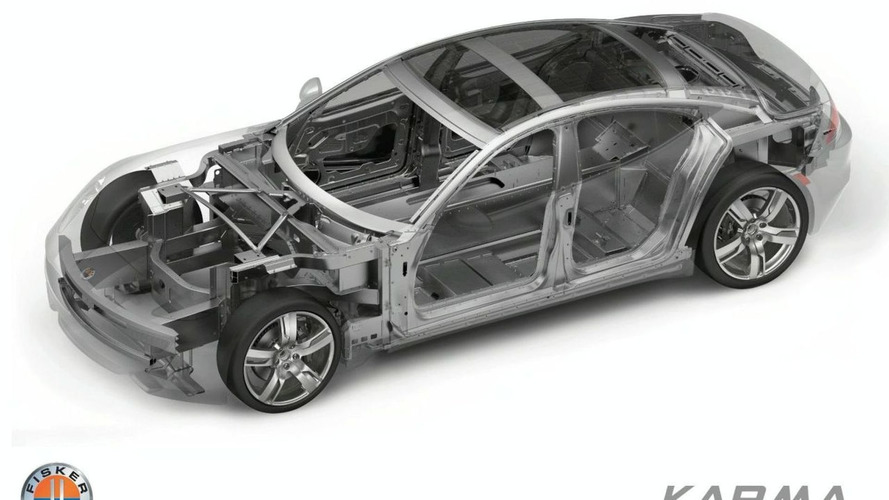 We have details and photos of the aluminum space frame from the Fisker Karma. The platform will be unveiled in Geneva next month.

Fisker Automotive is set to unveil an aluminum space frame at the Geneva Motor Show.  The structure will be the basis of the Fisker Karma plug-in hybrid once Finnish firm Valmet Automotive begins assembly of the platform.

In a press release, Fisker says the rigidity of the frame is comparable to modern performance vehicles, despite it being the size of a large sedan.  "Our top priorities when we designed the Karma's aluminium space frame were that it have extremely high torsional rigidity and could be easily modified to accept Karma model variants," said the automaker's chief, Henrik Fisker.

"We benchmarked some of the world's best cars to create an all-new space frame that will deliver an exhilarating experience behind the wheel.

Some of the frame's features include a center tunnel that houses the battery pack while acting "as a torque tube connecting front and rear sections."  An aluminum crash box at the front helps keep passengers safe in an accident.  You can read more about the platform in the attached press release.

Look for the Fisker Karma to hit showrooms by September, with a price tag of $87,900.