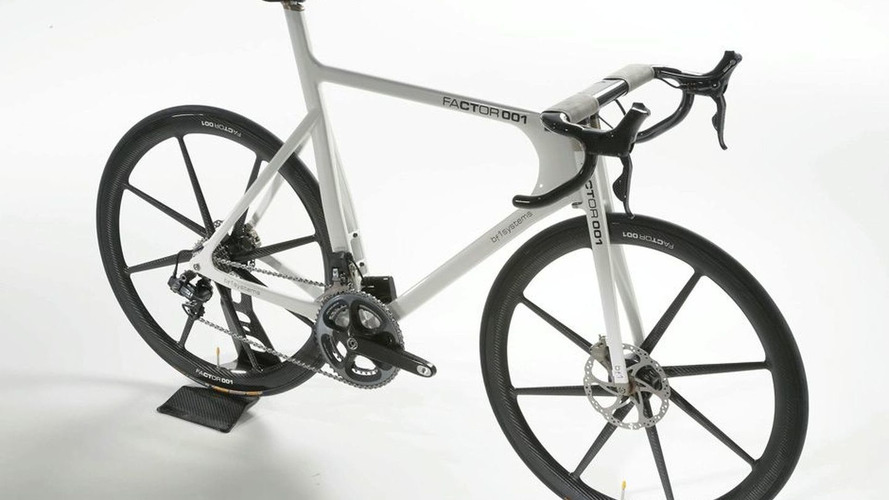 A new, F1-designed bicycle promises cycling enthusiasts the most advanced ride ever. Photos and details inside.

Engineers at BERU f1systems in Norfolk, England, have created what they call the "world's first bike designed and hand built by Formula one engineers."  The incredibly expensive Factor 001 bicycle has a starting price of £22,000.

For that money, the customer gets a lightweight carbon monocoque frame completely customized to the owner's physical measurements.  The bicycle does not comply with many rules for competitive cycling, which gave designers the opportunity to create a machine that accelerates quickly with the highest level of stability.  The look of the bike can also be designed to the customer's wishes, with his or her name engraved on the handlebars.

"In designing and perfecting Factor 001 we chose not to be limited by any preconceptions surrounding traditional road bike design," said BERU exec John Bailey.  "Each model takes six highly skilled engineers a week to make. With only a limited number of bikes due to be built, we expect Factor 001 to become a desirable collector's item."

Built into the frame are "highly sophisticated load sensors, wiring, batteries, control cables and lines for its hydraulic braking system."  With additional electronics, the bike collects data on ergonometrics, biometrics, physical forces, and environmental factors.  Data is displayed on the included LCD touch screen, but can also be downloaded onto a computer for analysis.

The bike is on sale now with carbon ceramic brakes, and a Shimano Di2 gear shift.  The version with added electronics will be sold for £27,000.  Only several hundred units of the Factor 001 will be produced.