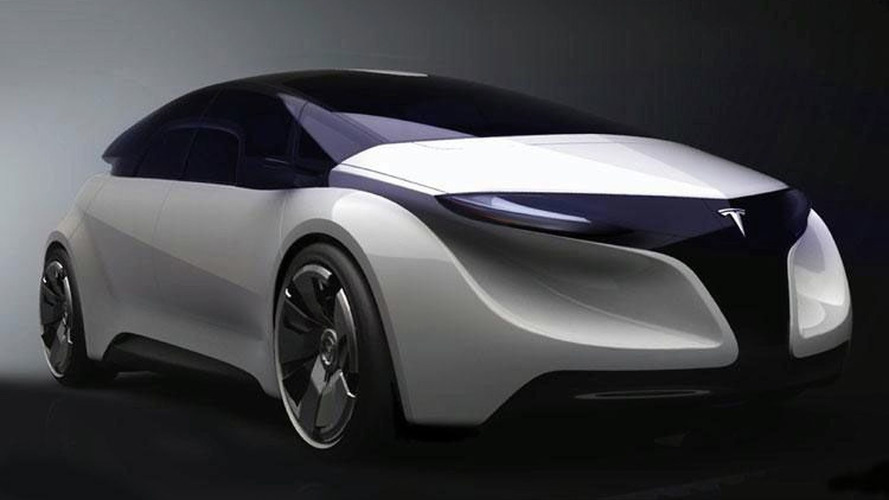 Tesla Motors has teamed up with a group of 11 design students from the IED to create this EYE Concept car for the upcoming Geneva Motor Show.

Tesla Motors is known for its innovative work in the area of clean electric powertrains. The company recently commissioned a group of eleven L 'Istituto Europeo di Design (IED) of Turin students studying for their Master of Arts in Transportation Design to come up with a new Tesla concept that meets several criteria. These include being a 2+2 type everyday sports car with high levels of comfort, youthfulness and digital-age compliance. Supervising the young ones' work were designers such as Luca Borgogno from Pininfarina and Franz von Holzhausen Chief Designer of Tesla Motors. The final product is called the EYE and has been produced as a full-scale model for exhibition at the 2010 Geneva Motor Show.

Also being presented in Geneva at the IED stand are two concept car model designs in 1:4 scale.  The first is from second year student Vasiliy Kurkova and his Jeep Pygmy which takes a look into the future of Chrysler and Fiat working together to create a new vehicle based on the Fiat Panda Cross 4x4.  The second is, Libido, a draft thesis by Joseph Barbera, Andrea Guerra and Frederick Vecchiatini. It projects the brand qualities of the Aston Martin marque for a vehicle in the year 2025.

Gallery: EYE Concept by IED and Tesla Motors to Debut in Geneva [Video]