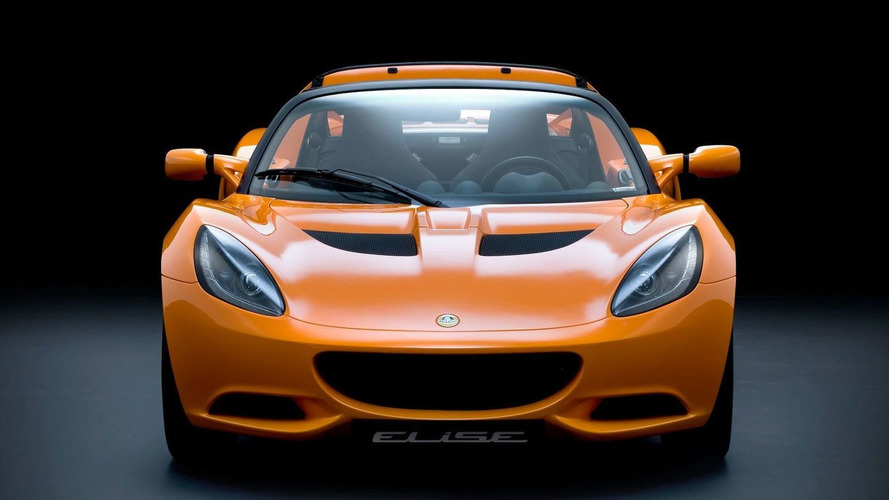 We have new photos and details of the 2011 Lotus Elise, featuring a substantial facelift. The story inside.

Details and photos have been released of the 2011 Lotus Elise facelift.  The car features significant changes at the front and back, with cleaner versions of the available engines.

Amongst the glaring differences between the current model and the 2011 version is that the newer car no longer has a dual-teardrop front light cluster.  LED daytime running lights are now built into the main headlight.  Extra fog lights are noticeably absent in these photos.  The car also uses a remodeled Evora-esque front fascia, with a wider grille, and updated splitter that changes the car's look.

Lighting has stayed the same at back, but the rear vents on the side of the outer taillights have been eliminated.  A larger rear bumper now extends almost all the way to the diffuser.

These exterior changes reduced drag, and played a part in the 13% reduction in emissions. Each of the three models now emits under 200 grams of CO2 per kilometer.

Public debut takes place in Geneva with prices to be announced simultaneously.  Sales of the 2011 Lotus Elise should begin before the car hits UK dealerships in April.