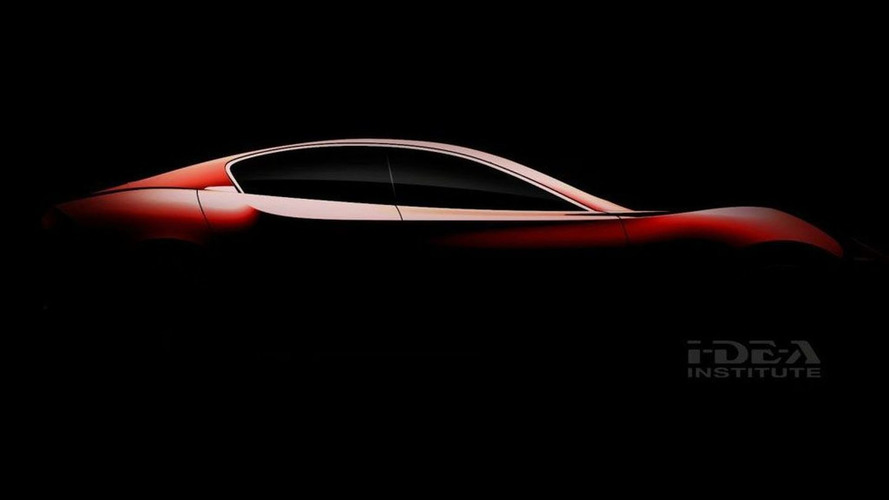 Italian-designed model will debut at the Geneva show on March 2nd where the Turin-based I.DE.A Institute will introduce its new 4-seat hybrid sedan.

Here is a teaser image for an upcoming concept car by design firm I.DE.A Institute set to debut at the Geneva auto show on March 2nd.

The press release accompanying the image is pretty curt. All we know is that the Turin-based designer has come up with a four-seat hybrid sedan. That is it all we have so far.

But the emphasis here is not on production or marketing plans, or even technology. It's all about the design, according to I.DE.A Institute.

"I.DE.A. Institute returns to the Geneva Motor Show with a four-seater sedan powered by a hybrid engine. This latest concept car is Italian to the core: its shape, its look, its elegance and name are instantly recognized as being synonymous with Italian styling and beauty."

And what would be wrong with an slivery hybrid done Italian style? Clearly, I.DE.A are aiming here to make one of the most visually appealing hybrids around.