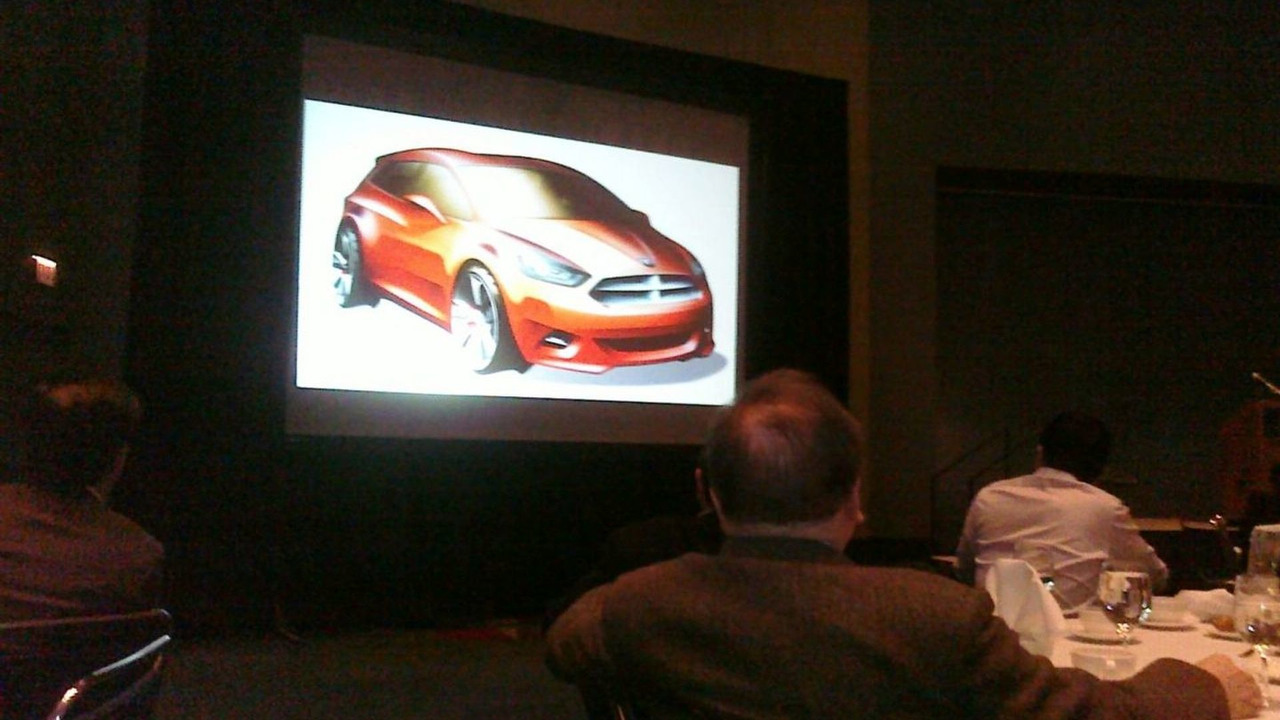 A new rendering from Dodge was shown off at a Chicago event this week. Photos and details inside.

Dodge pulled the lid off a potential new compact car in an event outside the Chicago Auto Show.  At a lunch sponsored by the Economic Club of Chicago, Dodge chief and Chrysler Senior VP Ralph Gilles showed his audience a rendering of a car that could be shown off in the near future.

The three-door has a front end that extends low to the ground, aggressive styling, and a large set of wheels.  The over-the-top design features make us suspect that the sketches will lead to a new concept car.

When Fiat chief Sergio Marchionne took over at Chrysler he made it clear that one of his key issues was adding more small cars to Chrysler-owned brands' lineups.  Recalling Dodge's product plans (chart included) for the future, it includes a small Fiat rebranded as a Dodge.  With some reports speculating ties with the Dodge Hornet Concept from 2006, the car could come by 2013.

Marchionne was originally scheduled to address the Economic Club of Chicago, but he cancelled at the last minute.