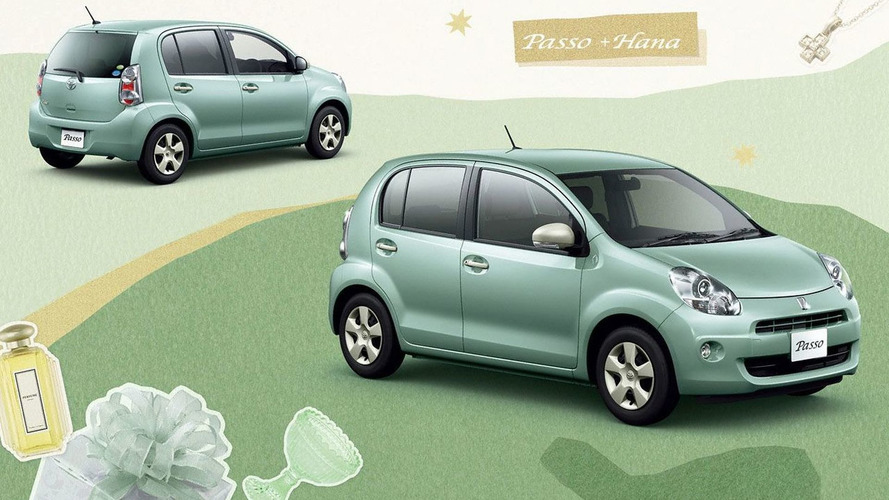 We have pictures and info about the new Toyota Passo. Jointly-developed with Daihatsu, the small car retails for $11k. Details inside.

Toyota has announced the release of the second-generation Toyota Passo and the Toyota Passo + Hana.  Called "simple and unpretentious" by the manufacturer, the Passo was co-developed with Daihatsu.

With all of Toyota's credibility problems right now, it may not be the best time for the company to launch a new vehicle.  The constant barrage of negative publicity will make it difficult for the world's largest automaker to hit expected domestic sales of 6,500 units per month.

The new model replaces the first-gen vehicle, out since mid-2004.  In a press release for the model, Toyota says the car is both spacious and compact.  They also say the car, available in 11 colors, is both fuel efficient and easy to drive.

Engine choices on the car include the 1.0-liter 1KR-FE unit, and the 1.3-liter 1NR-FE DVVT model.  Both engines are mated to a CVT.

The new Toyota Passo has a starting price of ¥1 million, roughly $11,100.  It will also be built by Daihatsu, who will also sell the car as the Daihatsu Boon.