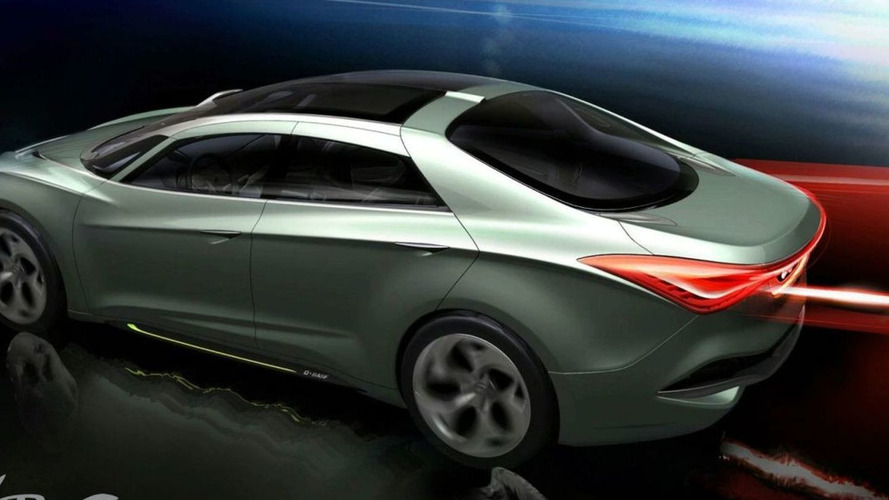 While details are limited, the i-flow will preview the styling direction of a future D-segment sedan.

Hyundai has released a teaser image of the i-flow concept, ahead of its unveiling at the Geneva Motor Show.

While details are limited, the concept was styled at Hyundai's European design studio in Rüsselsheim, Germany. It features a ‘fluidic sculpture' design, roof-mounted solar cells (which resemble a panorama glass roof), wraparound taillights, and a dynamic rear end.

According to Hyundai, the i-flow will preview the styling direction of a future D-segment sedan. We're not exactly sure what vehicle Hyundai is talking about, but it could the next-generation Sonata/i40, the redesigned Genesis, or an unknown four-door coupe.

Look for more information to be released on March 2nd.