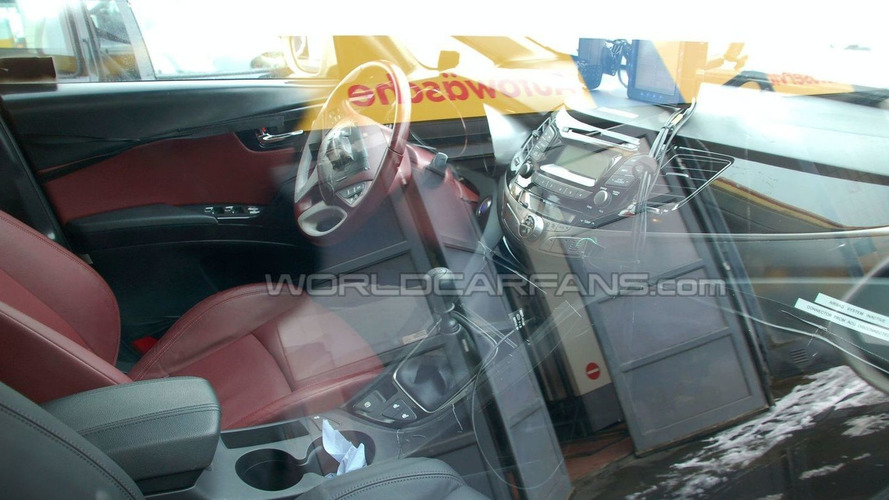 New interior photos show us a potential new MPV/crossover from Hyundai. Details inside.

A new set of photos showing a prototype based on the Hyundai HED-5 I-Mode Crossover has been sent in from spies in Germany.  The photographers caught the vehicle while the driver filled the MPV with fuel.

For the first time we catch a glimpse of the van's interior.  We can see the use of contrasting leather tones, with the driver's seat in red and the passenger seat in grey.  The contrasting colors appear to be used throughout the seven-seat vehicle, with a lighter grey trim seen in dashboard elements.  White is also used at points on the multi-function steering wheel.

Exterior shots give us a glimpse of rear taillights that could make use of LEDs.  We do like the look of the indicator strip on the side mirrors.

The heavily padded crossover is expected to compete with the likes of the Volkswagen Touran when it is released.  The Hyundai HED-5 I-Mode crossover concept was first shown at Geneva in 2008, and engineers could be readying a near-production MPV for display at the 2010 Geneva Motor Show in March.