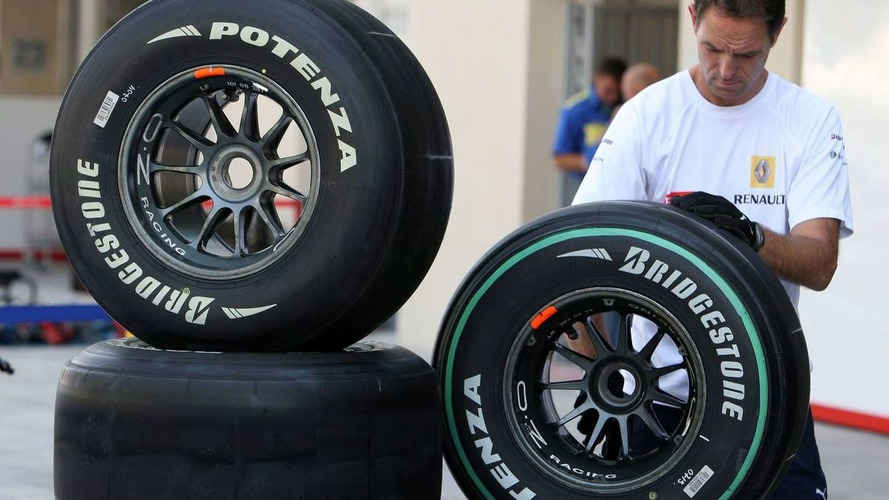 Concerns about Bridgestone's new intermediate tyre were raised after the opening day of the Jerez test on Wednesday.

Concerns about Bridgestone's new intermediate tyre were raised after the opening day of the Jerez test on Wednesday.

The bad weather at the Spanish circuit meant teams had their first chance to try the new intermediate, intended to be raced during the 2010 season.

Finland's Turun Sanomat reveals that the tyre wore our too quickly, to the tune of up to 2-3 seconds per lap "at a very early stage".

"At the end of ten laps it felt like I was driving on slicks in the rain," said Sauber's Japanese driver Kamui Kobayashi.

Bridgestone said: "The wet and intermediate tyres (for 2010) have no significant changes (compared with 2009) apart from the (narrower) width of the front intermediate tyre, which will now be the same as the new dry front tyre."