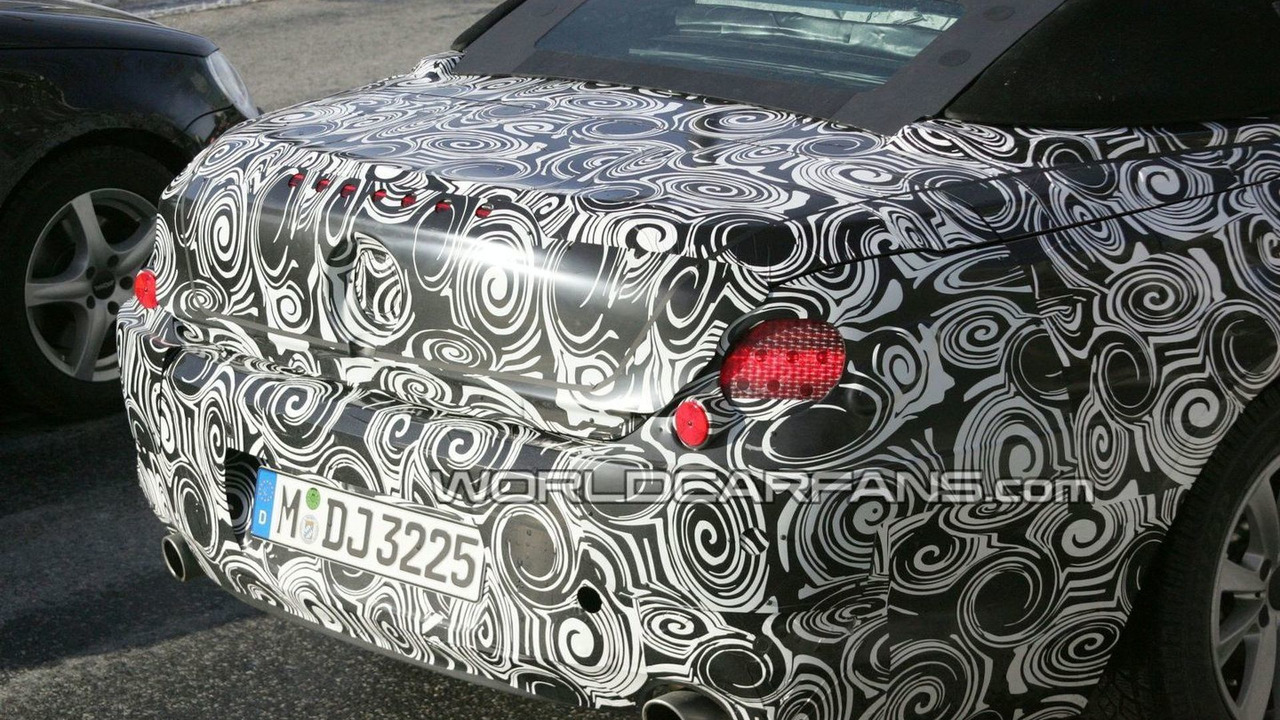 We have some new photos of the BMW 6-Series Cabrio, showing rounder taillights and more. The story inside.

Spy photographers have captured new pictures of the next generation BMW 6-Series Cabrio.  The pictures were taken while the car was on the road in Munich.

Images show for the first time the rear light clusters in place of the conical dummy units from previous prototypes.  Also we can see a center brake light mounted in the center of the boot lid, similar to the last version.

The car's emblem, already recessed in the previous generation's boot lid, looks larger, and inset to the point where it is almost perfectly flat, according to the spy.

Look for the next-gen BMW 6-Series to take styling cues from both the 7er and the CS Concept.