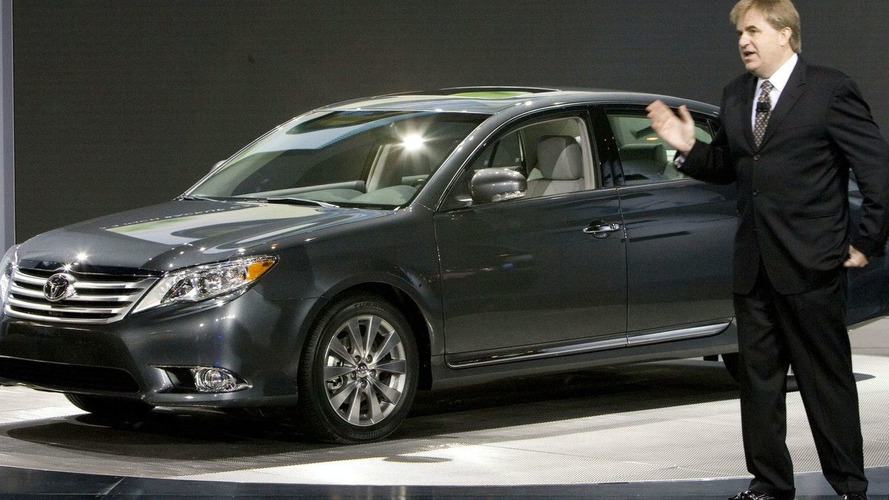 Toyota has unveiled the facelifted 2011 Avalon at the Chicago Auto Show. It features a 3.5-liter V6 with 268 horsepower and 248 lb-ft of torque.

Toyota has unveiled the facelifted 2011 Avalon at the Chicago Auto Show.

Inside, the cabin is redesigned with "coordinated colors and rich wood-grain materials." The most noticeable difference is a new dash with a more prominent control panel. In the back, the rear seats recline and have reshaped headrests for better support. Other highlights include a new instrument panel, leather upholstery, a power rear sunshade, and a moonroof.

In terms of technology, the Avalon is outfitted with Bluetooth connectivity, XM satellite radio, a nine-speaker system audio system (a 660-watt JBL Premium Synthesis audio system is standard on the Limited), a rear-view monitor, and an available navigation system.

Look for the 2011 Avalon to start arriving at North Amercan Toyota dealers this spring.