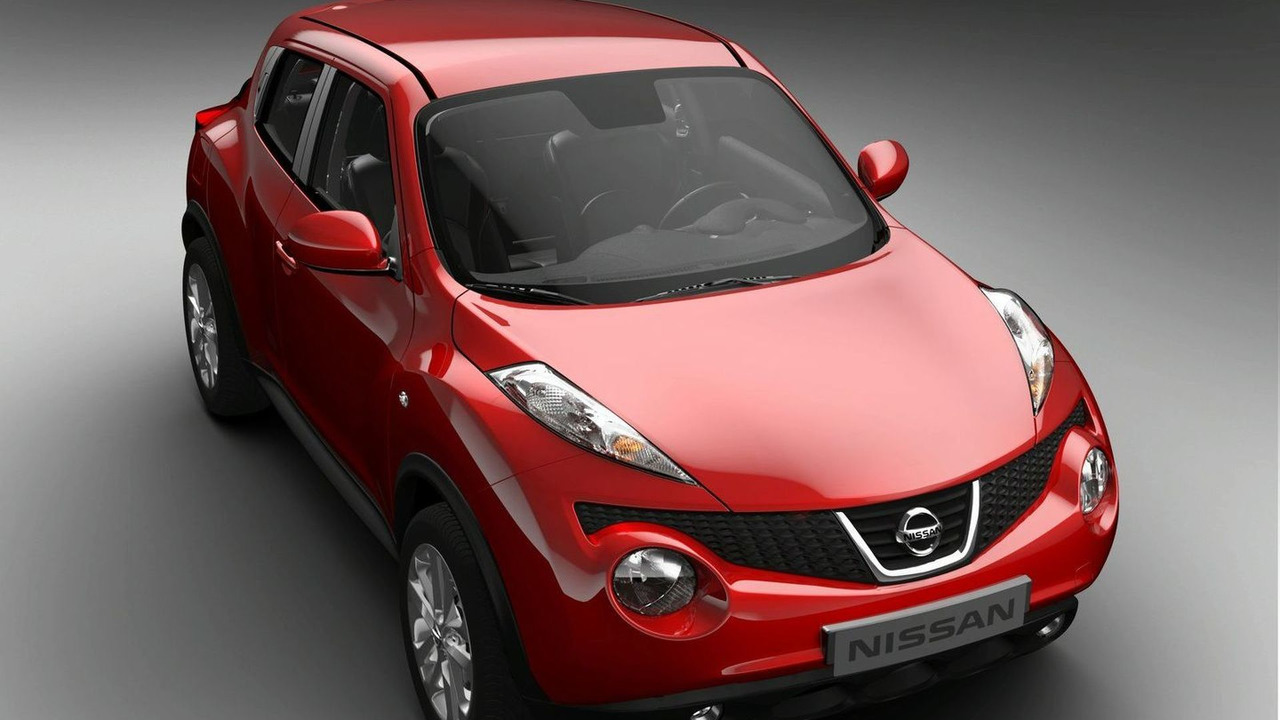 We have a video and details galore of Nissan's brand new Juke mini sports crossover vehicle which falls below the groundbreaking Qashqai.

Young urbanites with a sporty spirit and a dash of adventure will be excited to learn that Nissan is readying an all-new entry-level crossover vehicle called the Juke. Based on the Qazana concept car of Geneva 2009, the Juke measures 4 metres (157 inches) long, 1.765m (69.5 inches) wide and 1.57m (61.8 inches) high. It has a wheelbase of 2.5m (94 inches).

"Juke brings a sense of adventure to the car market," said Andy Palmer. "It's light, nimble, urban, reactive: qualities designed to grab a younger audience. It offers something entirely different to the traditional B-segment vehicles and cements Nissan as a car maker prepared to do something different."

The vehicle is a combination of SUV and sports car. The former is quite evident on the bottom part of the body where chunky wheels, wide tyres and a higher ground clearance appear. At the top a higher waistline and a sloped roofline with a spoiler point to its sports car heritage that includes cars like the 370Z. Incidentally the sports coupe has inspired the Juke's boomerang-shaped rear lights. The headlights are split into two elements sitting on either half of the front end. Nine exterior colours are to be made available when it goes on sale.

The five-seater baby Qashqai has a funky yet upmarket interior with vibrant features such as the centre console that resembles a motorcycle fuel tank. Its gear lever sits high on this "tank" for easy shifts while finish materials include chrome. Nissan's new Nissan Dynamic Control System (NDCS) allows front passengers to access system information and control functions like climate control.

Front-wheel-drive is standard on the cars while the ALL-MODE 4x4-i with torque vectoring technology for improved cornering pushes the AWD models forward. Power is provided by three engines, one diesel and two petrols.

The baseline 1.6-litre normally aspirated petrol gives out 86kW (117hp) while the turbocharged version produces a kicking 140kW (190hp) and 240Nm of torque. The third motor is a 1.5 dCi common rail diesel worth 81kW (110hp) and 240Nm too. Customers will be able to choose between a 5-speed manual or a CVT transmission with a 6-speed manual mode, depending on the model.

Juke has been confirmed for Europe, Japan and the United States.  World debut takes place in Geneva early next month while the North American version of Juke is scheduled to debut at the New York Auto Show in late March.